At the meeting, the directors delivered a report with alleged indications of irregular contributions for campaigns of the Alianza País (AP) movement, during 2013. 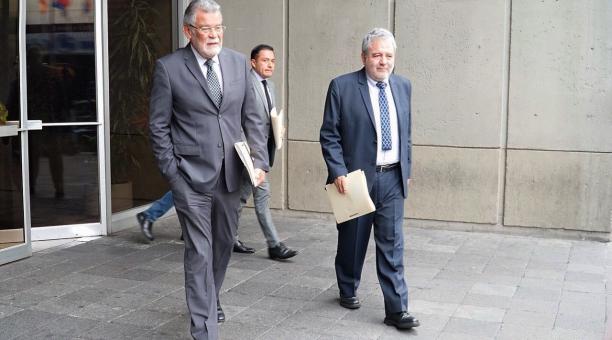 The teams of the two counselors collected information, based on the plot of electoral corruption called the Bribes 2012-2016 case, which the Prosecutor investigates.

According to Verdesoto, there are “severe indications that some people who were AP campaign donors in 2013 received public office, public procurement and other privileges” with the State.

The officials analyzed the contributions of 154 donors, who delivered contributions that exceeded USD 5,000. Checking the information with the Internal Revenue Service (SRI) and the Judicial Council, it was shown that in 64% of cases citizens They did not record a clear source of funds for their contributions.

In addition, the counselors’ investigation reports that “several contributors face legal cases that range from contraventions, to theft, embezzlement and money laundering.”

The counselors said that the commission that was formed by the CNE intern to investigate these irregularities has not advanced in its task.

Pita and Verdesoto also plan to meet with the State Attorney General, Íñigo Salvador, to deliver the findings detected in their investigation.