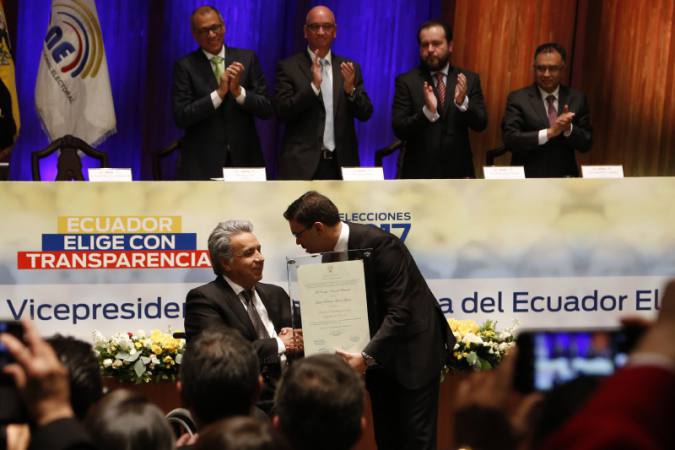 Two electoral officials are outraged by the criticism they received for the organization of the presidential elections, and one of them called on the new President Lenin Moreno to back a package of reforms to the Code of Democracy to regulate comments on social networks against government officials during election campaigns.

The officials in question are Juan Pablo Pozo of the National Electoral Council (CNE) and Patricio Baca Mancheno, president of the Electoral Court of Appeals (TCE), who during an official handover ceremony where the new president and vice president Lenin Moreno and Jorge Glas, Respectively, called for new reforms and mechanisms to prevent the honor of honest people from being in doubt.

The CAL struggle focuses on names than parties

Raise the ceiling of mortgage loans, an option to be analyzed by the Biess