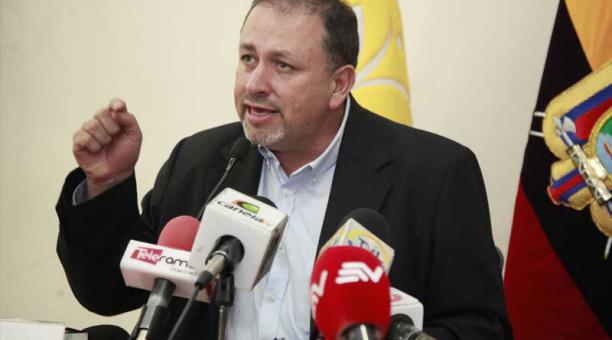 The Chinese ship that was captured for fishing endangered species in the Galapagos Marine Reserve will be used to transport cargo from the mainland to the islands. And a 90% of the 300 tons of fishing found inside, will be thrown into the sea, as the first part of it was already destroyed.

Minister of the Environment Tarsicio Granizo explained that this last decision is based on international protocols. 6 623 sharks were found in the ship, which is the bulk of the cargo.

Outside Ecuador’s territorial waters, a Chinese fleet of between 100 and 300 ships is currently operating. To reinforce the control in this zone, the National Navy incorporated the Huancavilca submarine on August 28 near the marine reserve.

The commander of the submarine Juan Líger explained that they would watch the Exclusive Economic Zone of the islands. “The role of the submarine is to obtain information that can be used for some legal process,” he said. (I)