A vessel with more cargo capacity in Guayaquil 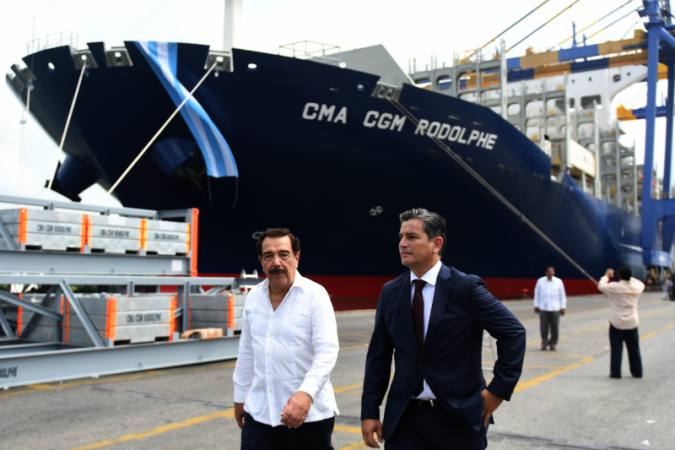 “It arrived at dawn. The vessel is so big and has many containers,” said one local resident at the Trinitaria Island, which is adjacent to the facilities of the Port Terminal of Guayaquil, the private port where Rodolphe, a giant ship of the French shipping company CMA- CGM, docked.

Rodolphe arrived today in Guayaquil, and on its way through the Salado estuary to the port, it first surprised the residents of the Trinitaria. It is the first ship with the largest cargo capacity, 11,000 containers (20 feet long) that docked in Guayaquil and Ecuadorian waters, according to CMA-CGM representatives.

In its honor a ceremony was held, where the mayor of Guayaquil Jaime Nebot, representatives private company and local authorities welcomed the colossus. In the act, it was recalled that Guayaquil is the most important port of Ecuador as it handles 85% of the import and export load. (I)