A white lion was born in Spain

A white lion cub has been born at a zoo in Toledo, Spain, with the particularity that is a rare variant of which there are a few hundred specimen worldwide. One of the biologists of the ‘Zoo Safari Fauna Aventura’ of the town of Toledo, confirmed that the cub was born five days ago and noted that the parents of the animal are not white but brown.

As a consequence of its color, the pup’s mother rejected it and now the zoo caretakers are the ones responsible for the cub’s nutrition, which they provide by feeding it with a bottle.

White lions, a result of a genetic mutation, are rarely found in nature reserves in South Africa, where they do not get to live a long time due to lack of necessary “camouflage” to hunt. 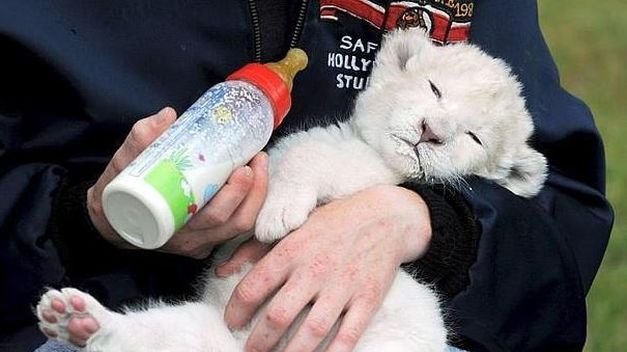