A year to put the bell to the acts of corruption 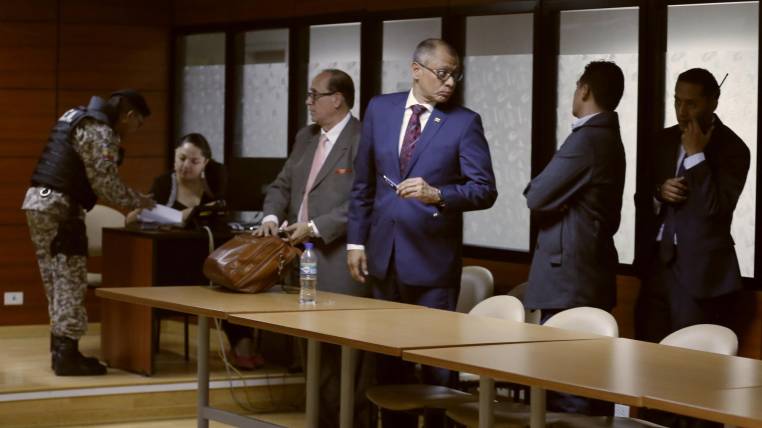 The pressure was such that the outbreak became inevitable. Heir to several cases of corruption, President Lenin Moreno sought to reverse the situation and made this one of his main fighting flags in the first twelve months of government.

The speech of “zero tolerance” with irregular acts was among the Ecuadorians who in December considered, at 77%, that the Executive was taking the necessary measures to combat them. Today, 56% believe that this is the case, according to Public Opinion.

But apparently the public perception exceeds the figures that technical studies show in this regard. Yesterday, the Faro group and the Ecuador Decide initiative evaluated the first year of government and determined that in the fight against corruption it fulfilled 28% of the offer.

How did you come to this conclusion? For example, although the Executive was the one that created the Transparency and Anti-Corruption Front that issued a report, currently no institution follows up on the recommendations made. “The fight against corruption has gained relevance in the national agenda, but actions related to this problem are not identified from the Executive,” concludes the Faro assessment.

But this would not respond only to a failure from the Government. The director of the Corporación Participación Ciudadana, Ruth Hidalgo, told EXPRESO that in addition to the slowness of the regime to deal with this evil, there is “the strong corruption structure that was formed in a decade and that refuses to abandon these practices” .

Silvia Buendía, a member of the National Anticorruption Commission, chapter Guayas, highlights, however, the attitude of the president this year. “More than he has done is what he has stopped doing: he is not the person that from the executive branch, on a national chain, conceals suspicious officials and prosecutes the prosecutors as the previous president did,” she told this newspaper.

Another important step is the call for the popular consultation in which the thesis of politically annulling public officials who are sentenced for corruption and the formation of a transitory Participation Council that took the lead and lists the first reports on possible irregularities in the “emblematic” works of the last administration.

In December, Eduardo Mangas resigned from the Secretariat of the Presidency after the filtering of an audio in which, among other things, hinted at a presumed fraud in the election results.

Iván Espinel left the Ministry of Inclusion that Moreno commissioned him and is now under investigation for alleged embezzlement. During his presidential campaign, he offered to “cut the hands” of the corrupt.

In February an audio was revealed in which the then president of the Assembly, José Serrano, spoke of “getting off” the attorney general, Carlos Baca, for not complying with the “commitments”. (I)