Abuses by Venezuelan authorities are denounced for HRW 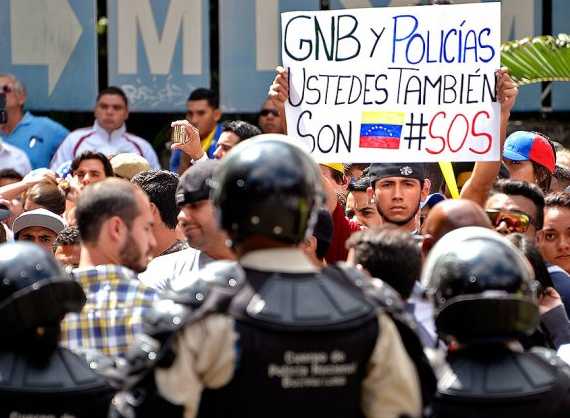 An investigation of Human Rights Watch (HRW) reveals a pattern of abuse of security forces against protesters and discriminatory treatment in the judicial sphere.

In a report released Monday, the international organization describes dozens of cases of severe repression of citizens, opposition or not, as shot at point blank without pretext, physical and psychological excesses, and even episodes of torture.

After a six-week investigation in Caracas and three states, the report records, based on interviews and tests, 45 cases of “compelling evidence” of serious human rights violations committed by the security forces.

HRW estimates that more than 150 people were victims of abuse and that 10 of the 45 cases clearly constituted torture.

The international organization also criticized that for its politicization, the judicial power “has relinquished its role as guarantor against abuse of state power”, and urges the Government of Maduro to accept the requests for visits by representatives of the UN.

Debate on Labour Code was postponed until 2015