Actors and activists invited to sign for the Yasuní 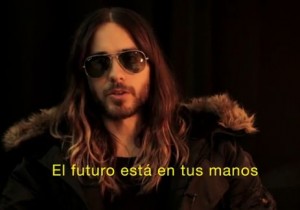 Yasunidos and Amazon Watch, who promote the defense of the reserve Yasuni, released a video this afternoon in which they appear renowned actors and activists asking for the defense of this area and promoting the signing so that oil is not exploited.

At the beginning of the video, the actor Benjamin Bratt invited to save a “magic jungle” while the other actors say that “Yasuni depends on us” and request 600,000 names (referring to the sign) to make a difference and struggles for planet.

Jared Leto, Michelle Rodriguez, Benjamin Bratt, Daryl Hannah, Frances Fisher, the Chilean Leonor Varela, and activists like Ed Begley, Francesca Eastwood, among others, appear in the video talking about the biodiversity of species and natural wealth that exists on the National Park Yasuní and explaining reasons so that oil be exploited.

The video is on the platform of Amazon Watch.

Obama meets with Pope Francisco in the Vatican