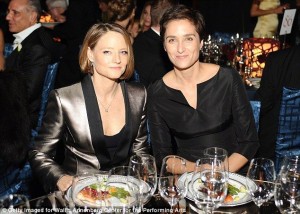 The couple has not given details of their wedding

Last weekend, the actress Jodie Foster got married in a private ceremony with her partner, photographer Alexandra Hedison, according to a statement from the agent of actress, Jennifer Allen.

According to the website E! Online, the couple started dating a year ago. Hedison, who has also dabbled in films, had a 4 year relationship with the hostess Ellen DeGeneres until 2004.

The first time Foster spoke publicly about her homosexuality was during the delivery of the Golden Globes 2013, where she referred to Cydney Bernard, with whom she maintained a relationship for 20 years, as “one of the deepest loves” of her life .