Despite the fact that on August 23 the deadline for political organizations to carry out their primary elections to elect candidates for the 2021 elections ended, the party A in front of Ecuatoriano Adelante demands that the National Electoral Council (CNE) allow it to participate. 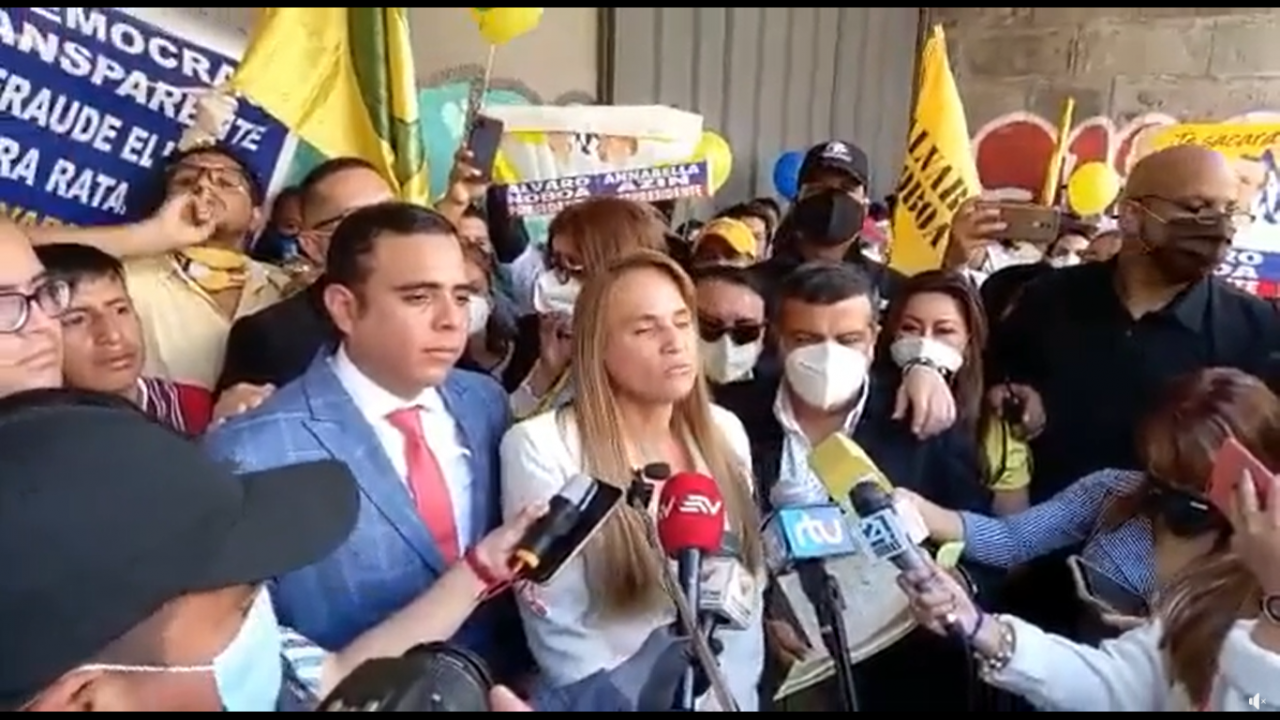 A large demonstration was held by the sympathizers of PAEA on the morning of this September 7 outside the Electoral Council in Quito, led by one of its directors, Sylka Sánchez .

In public statements, Sánchez recalled that the judge of the Contentious Electoral Tribunal (TCE) , Ángel Torres, issued a ruling in which he ordered the Council to allow the party to carry out its internal democracy to choose its candidates.

However, the CNE did not send its delegates to carry out this activity, arguing that the party is canceled, although on August 12 they proclaimed businessman Álvaro Noboa as their candidate for the Presidency of the Republic.

The Council concluded that the political organization incurred number 3 of article 327 of the Code of Democracy, if it had not reached the number of votes in two consecutive elections to maintain its legal life in the Registry of Political Organizations.

AEA appealed to the TCE and Judge Torres declared the Council resolutions that canceled it null and void, arguing that the “basic guarantee of due process is affected in terms of not having had the adequate means to exercise the right to defense; violate the right to legal security, by not observing the reasonable period for the administrative decision and lack of motivation ”.

In addition, it established that it must adopt administrative measures for the party to carry out its internal democracy processes, prior to the presentation of the candidates for the general elections of 2021. And, it must incorporate a provision in the regulations for Cancellation, Liquidation and Extinction of Organizations Policies, the minimum term of 90 days to the convocation of elections so that the administrative procedures in these cases are resolved.

The president of the Council, Diana Atamaint appealed that decision, and at the moment they are waiting for the plenary session of the Electoral Court to ultimately decide whether to maintain the cancellation.

The party also filed an appeal for a precautionary measure before the ordinary courts on August 23; and, Judge Vicente Ontaneda of the Urdaneta Multicompetent Unit (Los Ríos) ruled in his favor.

However, the CNE did not comply with the measure, and on the contrary, it denounced the magistrate before the TCE for interfering in the electoral process.

Sánchez rebuked that the Council has had a “silence of ten days, they have remained speechless”, so this Monday they presented a letter to insist that they comply with the law.

“Atamaint is not the owner of the CNE. They have sent threats that we are committing electoral crimes. They try to scare us, but we are not afraid of them. They are not gods, they are employees, public servants. To José Cabrera who fills his mouth saying that he is Social Cristiano, to Esthela Acero that there are complaints that she is the owner of half the CNE, to Atamaint when she was caught red-handed eating in a restaurant in Samborondón. Are they the ones who intend to manage the elections? ”, He stressed.

Sánchez also said that they would go to the TCE to ask its president, Arturo Cabrera, to explain why the precautionary measure was not complied with. (I)