For the third time, the National Electoral Council (CNE) with the casting vote of the president, Diana Atamaint decided to cancel the Adelante Ecuatoriano Adelante party, led by businessman Álvaro Noboa, and two other provincial movements. 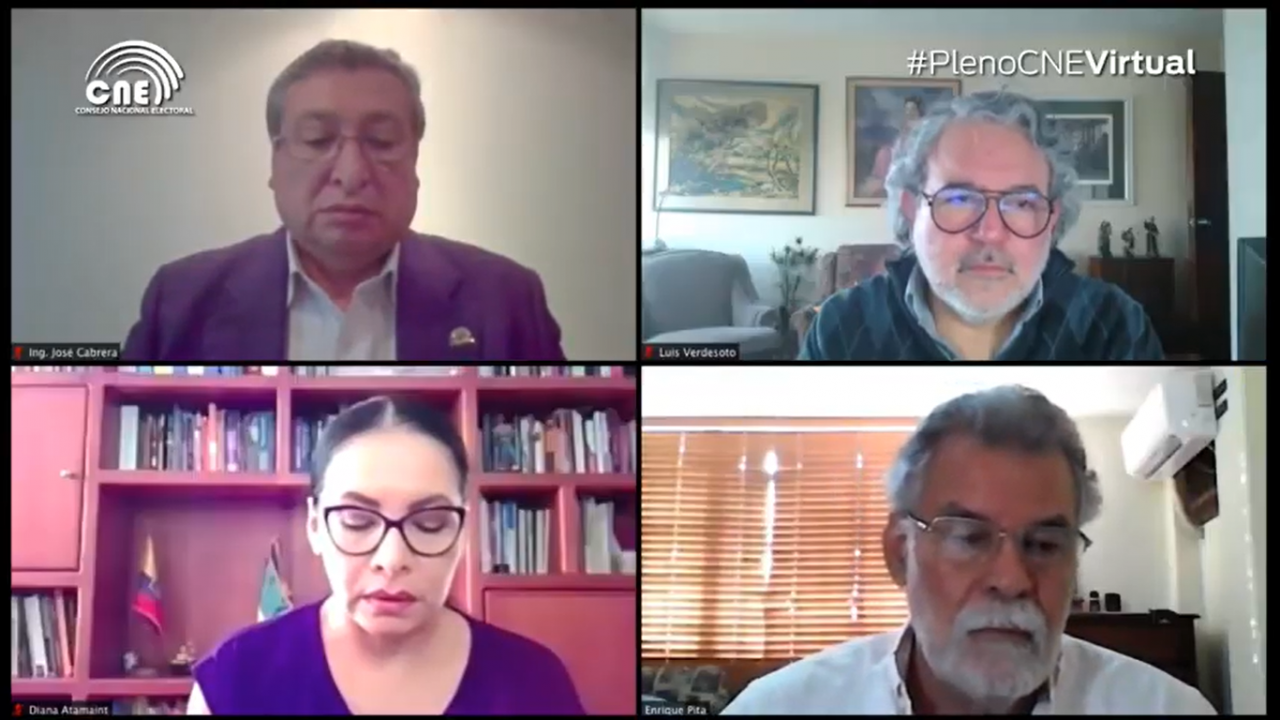 On the afternoon of this August 10, in a virtual plenary session, a challenge raised by Wilson Sánchez, director of the party, to the resolutions of July 30 and August 4 of the body, in which it was decided to cancel them from the Permanent Register of Organizations was heard Policies because it would be incurred in the first numeral of article 327 of the Code of Democracy.

The cancellation of Adelante Ecuatoriano Adelante , Salud y Trabajo and META was decided with two votes against the councilors Luis Verdesoto and Enrique Pita ; and in favor of José Cabrera and Atamaint, who had to decide, in the absence of the counselor Esthela Acero .

The party “does not meet any of the parameters! and the challenge does not distort ”the legal report of cancellation, stated Atamaint emphatically.

Verdesoto and Pita argued that the political organizations were not guaranteed due process, by applying the word deadlines and not terms to present their defense evidence.

They also expressed concern that the CNE did not send a delegate to observe the national convention that it installed last Sunday, Adelante Ecuatoriano Adelante, in which it planned to announce the candidacy of Noboa and his binomial, but that was suspended due to the lack of this official electoral. They asked that the fact be investigated.

Pita regretted that it is possible that within the Council it has been “interpreted” that the party is extinct, or that it has been done to “annoy or harm an organization. This is an issue that must be investigated, ”he said.

Atamaint blamed an alleged computer failure; and she replied that the IT department was ordered to carry out an investigation of what had happened. “We will never close ourselves to the possibility of investigating. This CNE does not act for personal reasons or group interests. It is a technical situation ”.

The party on List 7 can still file an appeal with the Contentious Electoral Tribunal (TCE). (I)