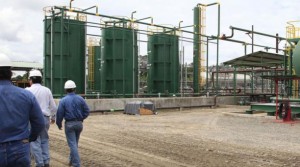 The current tendency is towards a lower global price in oil and forces the companies from the optimization programs to cut their budgets.

This tendency is also applied to the local scope and for this year, the State enterprise for exploration and exploitation of crude, Petroamazonas, will handle less money than the one received in 2015.

The Ecuadorian Treasury must seek another 1 900 million dollars