After judicial decisions, State does not obtain compensation for Dhruv 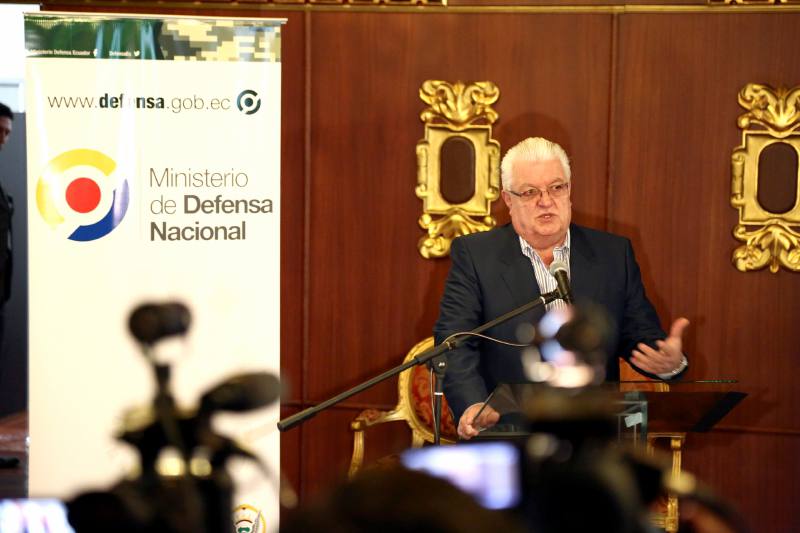 On June 25, at 3:00 pm, in the National Court of Justice  will be resolved an appeal of cassation urged by the Ecuadorian State against a judgment of first instance that did not favor him in his intention to have a compensation for the damages in the purchase of the Dhruv helicopters to the Hindustan Aeronautis Limited (HAL).

This appeal would be the last in the administrative courts of the ordinary courts.

The State is trying to recover losses from the accidents of four of the seven Dhruv helicopters that were purchased from HAL in 2008, through indemnities of around $ 347 million.

On August 5, 2008, the government of Rafael Correa through the Ministry of Defense purchased seven helicopters for use by the Ecuadorian Air Force (FAE) for $ 45.2 million. But between 2009 and 2015, four of them fell. The rest are inoperative.

To recover the losses through the collection of insurance, the former Minister of Defense, Fernando Cordero, decided on January 6, 2016 to unilaterally terminate the contract with the HAL, and this filed an appeal to the same entity, which denied it.

Then, the HAL initiated a contentious administrative process in July 2016, which now consists of 48 bodies and 9,142 pages, with which it sought to overturn the ministerial decisions.

Taking advantage of the trial, the ministry filed a counterclaim for damages that would total $ 347,858,136.

On February 20, 2018, the Contentious-Administrative Court of Pichincha resolved in a first judgment to accept part of the HAL’s claim.

He left firm the unilateral termination of the contract, and did not accept that the company be awarded compensation for damages for more than $ 11 million.

But it determined that Defense could not annul the appeal to the termination of the contract that the HAL placed before the institution, since that act does not exist in the Statute of the Administrative Legal Regime of the Executive Function. And, on top of that, he denied the Ministry’s counterclaim “as unfounded.”

The ruling states that the Ministry of Defense alleged that it feels “cheated” by the HAL for concealing that its devices and design modifications do not have the FAR-29 certificates.

“HAL determined that their helicopters were FAR-29 certified, but deceived and manipulated the information to be awarded the contract knowing they did not have it.”

The Court asked: “If the lack of FAR-29 certifications was so evident, why did the FAE with its expertise continue without hesitation the contractual process?” The FAE, “as an expert of the Ecuadorian State, should anticipate this failure and prevent the continuation of the contractual process to avoid future damages. That did not happen, so badly can now want to demand compensation that resulted from the lack of care in the administration and execution of the contract, “concluded the jury

Since March 2 of this year, the HAL, the Ministry of Defense and the Attorney General’s Office have filed several appeals to modify the original ruling.

The first, from the HAL and the Ministry, was a request for clarification and extension to that sentence calling it “confusing” and “obscure”. The claim was denied by the Court, which concluded: “The ruling is completely intelligible and is not obscure,” they replied.

On March 20, the HAL and Defense filed a cassation appeal. In order to obtain favorable results, the latter entity hired lawyer Xavier Cazar Valencia, husband of the legal secretary of the Presidency, Johanna Pesántez.

The case was elevated to a higher instance, the Contentious Administrative Chamber of the National Court. Judge Patricio Secaira partially qualified the admissibility of the appeal alleging that the February 20 ruling required “motivation” and had adopted “contradictory” decisions. But he did not admit the counterclaim.

On May 3, the parties requested the extension and clarification of that decision, because the State claims that by not accepting its counterclaim it “harms its interests”. On May 15, the request is dismissed as “impertinent”. And on June 5, the hearing was called to finally resolve the appeal.

This newspaper requested an interview with the Minister of Defense, Oswaldo Jarrín, to know the positions on the process, but there has not been an answer. Nor did Cazar want to attend an interview.

Patricia Ochoa, widow of FAE General Jorge Gabela, who denounced ten years ago that these teams did not meet the technical requirements, asks: “Did they not have experts or who was on the Contracting Committee was ignorant?” .

Remembered that Gabela told he opposed the purchase for the charge of conscience: “… if something happens to any of my colleagues in one of those machines, he would say”. (I)