Two years and eight months after signing the contracts with three companies that won the Intracampos round, Frontera Energy achieved the first important result. The discovery of crude oil in the Jandaya-1 well, which is also the first well operated by Frontera to be drilled in Ecuador. 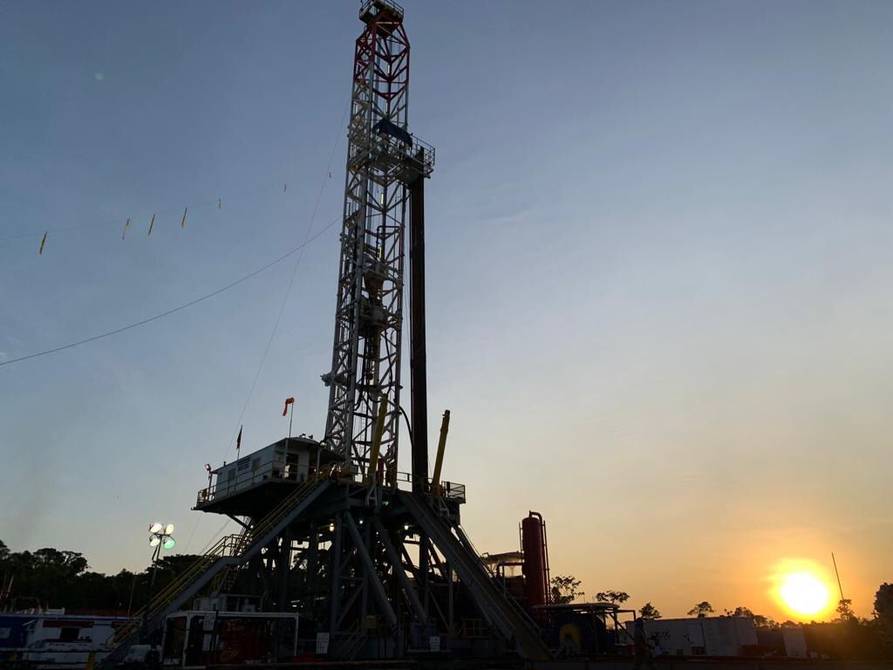 Campo Perico, located in Sucumbíos, where crude oil has been discovered in the Jandaya-1 well.

Frontera Energy together with Geopark won the Perico and Espejo field contract in 2019. Orlando Cabrales Segovia, CEO of Frontera, commented that “Jandaya-1 is the first well operated by Frontera in Ecuador and is the first of the entire Intracampos round. 2019 that is perforated. We are convinced that this represents the first of many opportunities already identified in the Perico block. Thanks to the continued support of the Government of Ecuador and the communities near the well site, Jandaya-1 was drilled, completed and tested on time and to our expectations.”

Jandaya-1 was drilled on December 7, 2021 and reached a total depth of 3,345 meters. The initial 24-hour test resulted in 925 barrels of oil equivalent per day. In the short term, Frontera expects to drill the Tui-1 exploration well in the southern part of the Perico block in February 2022 and it will be located approximately 6 kilometers from Jandaya-1. Additionally, additional prospects have been identified on the block and are being evaluated for future drilling.

According to the general manager of Petroecuador, Ítalo Cedeño, the time between the award and the first production has been too long, unfortunately because in Ecuador there is a lot of red tape and the need for various permits. In this sense, he said that we must continue working hand in hand with the Ministry of the Environment to facilitate the processes. He commented on this in an interview with Teleamazonas . He explained that this first field is small, a product of the 2019 Intrafield round. But if this continues to be replicated, oil will be obtained from several small fields and also larger fields.

In any case, he said that in the country there are about 45,000 million resources in the ground and that we have barely been able to take advantage of about 6,500 million. For this reason, he considered that the goal of doubling production to 100,000 barrels per day in five years is not a dream. He ratified that the extraction of the resource should be done now and not wait any longer, since the crude oil will no longer be useful for humanity in the future.

According to Miguel Robalino, an oil expert, Perico is part of the intrafields, which are smaller fields and are found between the large oil fields. This location guarantees them great hydrocarbon potential. In the case of Perico there are 180 million barrels in reserves. But the recoverable reserves are 36 million.

He explains that what has happened now is the product of work by the previous government. In the same way, the effects of what the Government does now will be seen in two years. It does acknowledge that the environmental licenses were delayed by the previous government and therefore Gran Tierra and Frontera Energy, which won the tenders, could not start production. He explained that from what is known, Gran Tierra is also getting ready for production.

In any case, it indicates that it is still too soon and too little crude oil to consider that it will reach one million barrels per day in five years. The expert recommends that the Government present a plan of what is going to be done not only on the issue of increasing production, but also measures to combat the decline and, finally, establish reserves.

The government of Lenín Moreno, with the participation of former minister Carlos Pérez, signed in May 2019 seven participation contracts corresponding to the XII Intracampos Oil Round, which would generate an investment of $1,170 million.

The country’s oil production reached 493,956.95 barrels per day on January 19. This is an important figure if one considers that the average that was being handled prior to the stoppage of pipelines in December was 475,000 barrels.

However, the figure is still far from the goal that the Minister of Energy and Non-Renewable Natural Resources, Juan Carlos Bermeo, had set for himself, which was 526,000 until December 2021.

According to data from the Energy Regulation and Control Agency (ARC), Petroecuador contributed 385,136.17 barrels to current production, while private companies delivered 108,820.78 barrels.

On the subject, the manager of Petroecuador, Ítalo Cedeño, after the problems that occurred with the regressive erosion of the Coca River and its tributaries, which led to the paralysis of the two pipelines that transport crude oil in Ecuador: Trans-Ecuadorian Pipeline System (SOTE) and the Heavy Crude Oil Pipeline (OCP), the recovery has been important since the downward trend that had been registered is being reversed. Cedeño ratified that the country is reaching a production of almost 500,000 barrels per day.

Cedeño said on Wednesday that this year a first production will be obtained from the Ishpingo field, located in the Yasuní Park area. He also considers that working in consortium and joint venture contracts, in several fields with the private company, greater production will be achieved. He has said that it will be possible to reach a million barrels per day in five years, but counting on gas production, which will also be boosted. (I)