Agreement between law firm and Chevron

After that on last March 4 federal judge in New York ruled that the judgment for 9.500 billion dollars against Chevron in Ecuador was the product of fraud and extortion, thus declaring it as unenforceable in the United States, the oil company has closed an agreement with the law firm Patton Bogs, which supported the case in Ecuador.

The agreement states that the law firm will pay $ 15 million to the oil company and will remove the support to the litigation process against the company in Ecuador for pollution. “We removed the support to the fraudulent Ecuadorian litigation (…) we express regret for our role in the case and we will pay $ 15 million to Chevron,” added a statement from the law firm based in Washington.

Meanwhile, “Chevron agreed to release all claims against Patton Boggs and its partners,” added a statement from the oil company.  “We are pleased that Patton Boggs has put an end to its association with the scheme of fraud and extortion of the Ecuadorian litigation “said vice president and legal representative of Chevron, Hewitt Pate.

Chevron was ordered by an Ecuadorian court to pay more than 19.000 million as compensation for “severe environmental damage” to the Amazon between 1964 and 1990, years in which Texaco operated in the country, which was later acquired by Chevron. 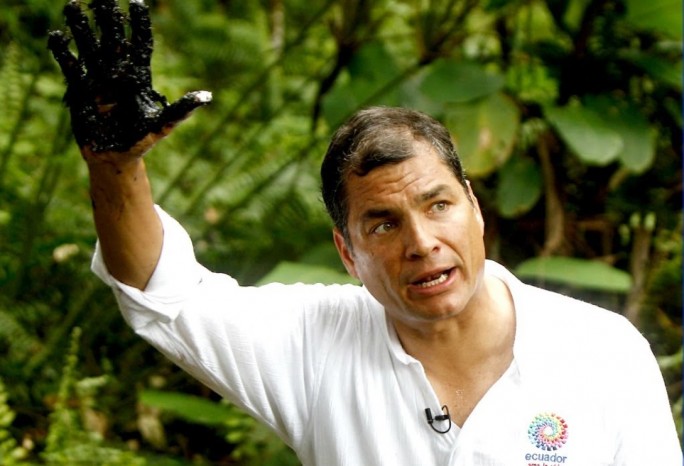 Correa showing the contamination produced by the irresponsible work of Chevron in the Ecuadorian Amazon.