Agreement favored the increase of exports to the European Union 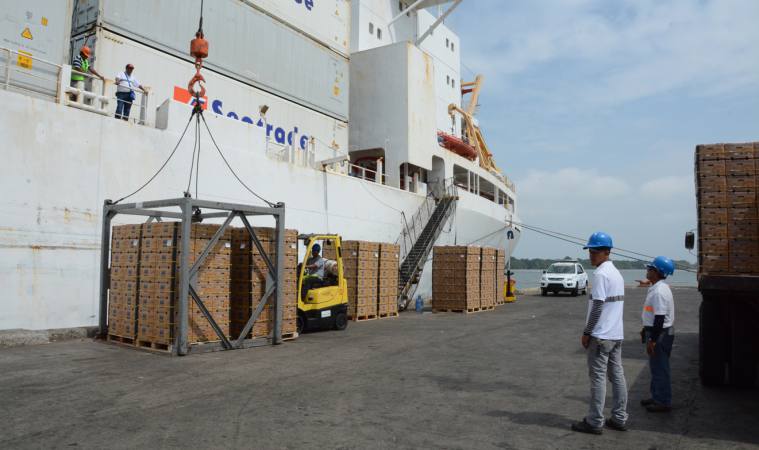 As a positive year, Ecuadorian exporters and entrepreneurs are cataloging 2017, the first year in effect of the trade agreement with the European Union, which opened a market of around 500 million people to the country.

According to figures from the Ministry of Foreign Trade, since the treaty was in force, exports increased by 14%, and Ecuador is one of the main suppliers of that regional block above the United States, with sales of some $ 2,700 million.

For the Subrogant Minister of Foreign Trade, Humberto Jiménez, it is about the consolidation of this block as the first destination market for non-oil exports from Ecuador, according to a presentation on the progress of the external sector, in November.

“Between January and October of 2017, exports increased by $ 276 million in relation to the last period; Until October, exports to that bloc of nations amounted to $ 2,600 million, “said Jiménez.

Nearly 90% of total exports are concentrated in eight countries: Italy, Spain, the Netherlands, Germany, France, the United Kingdom, Belgium and Greece; while the remaining 10% goes to the other 20 nations that are potential markets of the local exportable supply.

For Eduardo Egas, executive president of the Corpei, the result also confirms the complementarity of the productive structures of Ecuador and the EU, and the projection that there will be many more business with the Europeans.

He stressed that this growth has occurred with a surplus in the balance of trade in favor of Ecuador for approximately $ 1,001 million. “This growth is welcome, because, in general, the results of the first years of a commercial agreement are disastrous for small countries such as Ecuador,” analyzed who was part of the negotiating team of the agreement.

Analyst José Orellana, former consultant at McKinsey and Company and former Vice Minister of Foreign Trade, highlighted the recovery of non-oil exports as an important factor in the expected growth of 1.5% of the country’s Gross Domestic Product (GDP), which means an improvement Although he clarified that “given that the population growth is close to 1.5%, this means that in terms of GDP per person or GDP per capita, a measure of welfare, we have not grown since 2013.” Despite this, Orellana stressed that non-oil exports gained important access without tariffs to the EU, as a result of the Agreement that favored sectors such as bananas, canned tuna and others. In the opinion of Daniel Legarda, executive president of the Ecuadorian Federation of Exporters (Fedexpor), it is still too early to fully evaluate the results of the agreement, although he stressed that one of the positive effects it generated was having protected about 300,000 jobs from Ecuadorians they depend on relations with the EU. He added that “we cannot help but highlight the positive thing that is the increase of exports in the order of 14% and the generation of jobs,” said Legarda, who in 2018 hopes that the country can take better advantage of this tool.

With the signing of the Agreement with the European Union (EU), Ecuador has tariff-free access for 99.7% of the agricultural supply (except for bananas, which have a tariff reduction schedule).