Agricultural commodities at a downward trend 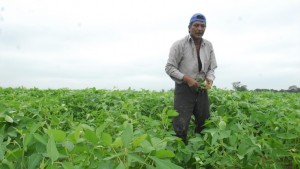 Grain prices fell again yesterday, marking a trend in this segment of agriculture, thanks to the abundant harvests of large producing countries.

Soy is in the lead, away from a maximum of five months due to profit taking from investors and the appreciation of the dollar, that became raw materials more expensive in global markets.

Soybeans suffered its first decline in six sessions, giving up some of its recent gains at a time when a huge crop in Brazil progresses. “Some market participants were evaluating if soybean prices are too high considering the fundamentals of huge supplies funds with an abundant harvest in South America,” said Frank Rijkers, economist at ABN AMRO Bank. It is still below the levels reached in 2014 and 2015 in the world’s main squares.