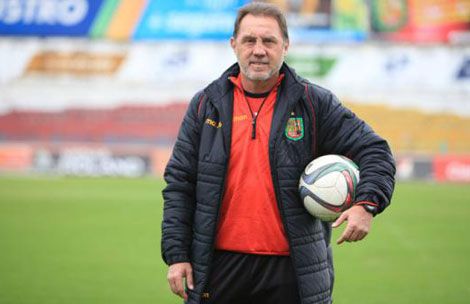 Former captain of the Ecuadorian national team and current strategist at the ‘morlaco’ team showed this weekend he still maintains his qualities intact, since in the farewell match of Paul Ambrosi and Franklin Salas he scored a goal from outside the area.

“At the moment I need to talk to the board (about the charity match) of the Deportivo Cuenca,” regarding his participation in that match to be played at the Unico de La Plata Stadium. Figures of soccer as Diego Maradona, Lionel Messi, Luis Suarez, Ronaldinho, among others will take part in the “Peace Match.”

“It will be the first time that this match is played in Latin America. Argentina chose to be the host and the Pope accepted it on the occasion of the bicentennial,” revealed director of Scholas Jose Maria del Corral. The first edition of ‘Match for Peace’ was held in Rome on September 1, 2014.