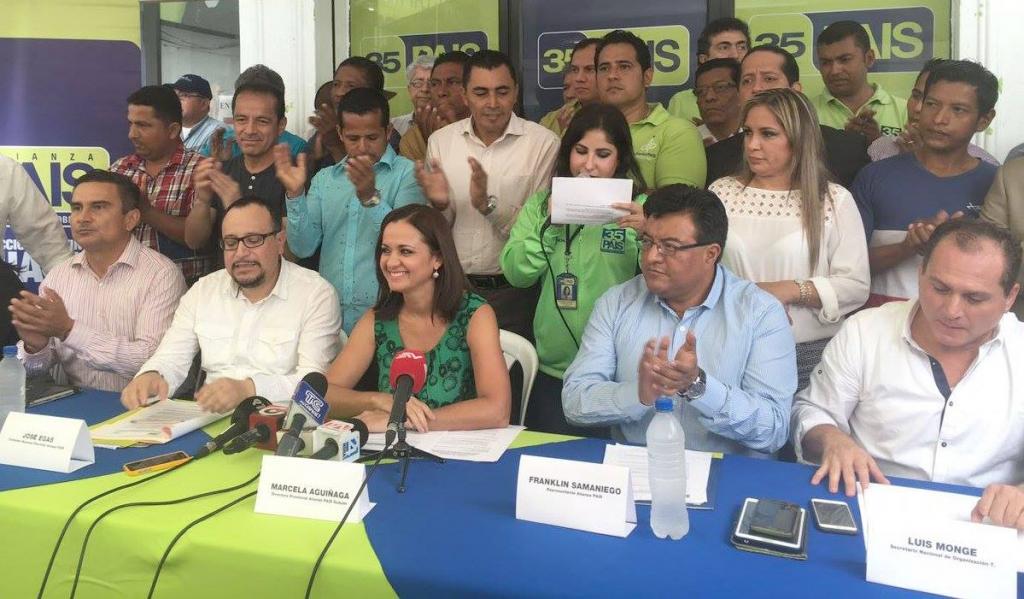 During a press conference in which the mechanisms of selection of candidates to the Assembly at PAIS Alliance were explained, the provincial director of this political movement realized how active they are in that organization.

Democracy Code, Article 202, states: “The National Electoral Council in the call for direct elections will determine the starting date and completion of the election campaign, which may not exceed 45 days.”

According to the CNE, the election campaign kicks off on January 3, 2017 and ends on February 16.

For “Unidad Popular” the statements of the provincial director of PAIS are not surprising. In earlier days they even filed a complaint against her and other members of the ruling movement for the use of public resources for partisan acts, but it was rejected.