Air Europa inaugurates a new flight from Quito on Tuesday 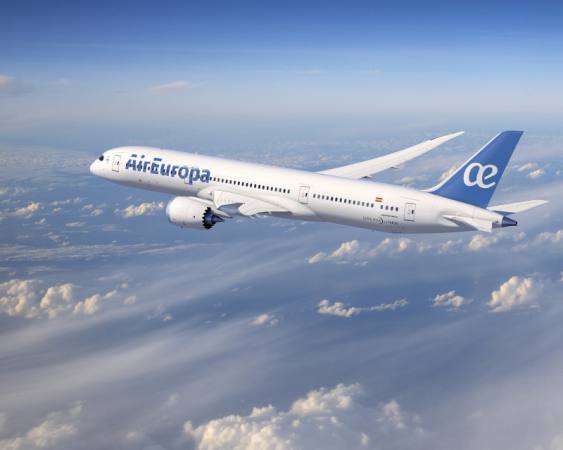 The Spanish airline Air Europa inaugurates a new frequency from Quito today. The aircraft A330-200, with capacity for 299 passengers, will arrive to the capital at 07:30, after flying almost 12 hours from Barajas International Airport.

For the inauguration of the flight from Quito, a special ceremony has been prepared by the Quiport Corporation, which includes the traditional arc of water around the aircraft.

Air Europa will cover the Madrid-Quito-Guayaquil-Madrid route and, according to the airline, it is expected to transport 90,000 passengers a year with this addition. Air Europa already had flights from Guayaquil to Madrid, but with the one from Quito it will cover 21 destinations on the continent.

Andrew O’Brian, president of Corporación Quiport, explained that the arrival of Air Europa to the capital is due to a planned strategy based on the demands of greater connectivity: “We are convinced that the arrival of this airline will expand the tourist potential and of business for the country. ”

On the other hand, in 2018 the Condor airline will also fly to Quito from Frankfurt through the Dominican Republic.

O’Brian explained that the airlines that arrive in Quito benefit from a municipal ordinance that establishes discounts on the landing fee in support of the increase in connectivity.

For Álvaro Maldonado, secretary of Productive Development and Competitiveness of the Municipality of Quito, the capital has become an area of economic and tourist influence, which attracts the airlines.

He highlighted as excellent the news that the Government signed a few days ago the decree of open skies last week. “We need strategies to take advantage of this great opportunity and continue to promote the destination of cargo and passengers and attract greater connectivity,” he said.

In addition, the executive said that the decree is opportune at the doors of the Americas Routes Fair, which will be in Quito in February 2018. This fair brings together the continent’s aeronautical world for the development of new routes.

The low-cost airline Wingo launched new modalities of payment for the use of its services in Ecuador at the end of November. Trips to Bogotá can be paid by bank transfer; or in cash at branches of Banco Pichincha, Banco Guayaquil and at collection points like Mi Vecino. (I)