Air Europa plans to connect Guayaquil with Madrid this year 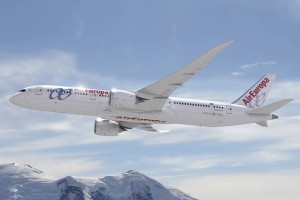 Guayaquil- Madrid would be the new route the Air Europa airline plans to open, according to its growth plans that also include other routes in the region as Bogota – Madrid.

This new direct route between Guayaquil and Madrid would materialize in December 2016, according to the Spanish Expreso website. This would be the third airline that provides the connection between the two cities, since Iberia and Lan (Latam) also cover the route.