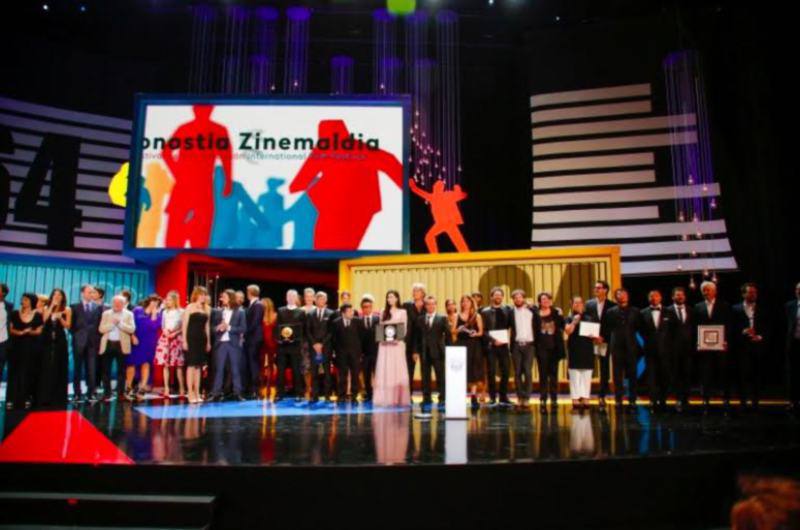 Ana Cristian Barragan, director of ‘Alba,’ learned through a message on her mobile phone about the special mention the Ecuadorian, Mexican and Greek coproduction received in the Horizontes Latinos section of the San Sebastian Festival. Pablo Aguirre, lead actor of the film, sent it to her. The Quito director was sitting on a bench in a square where the awards gala was broadcast on a giant screen. She read it and ran to the Kursaal Auditorium, seat of the closing ceremony of the event. The “high level of competition” of the San Sebastian festival made her think for a moment that there was little chance that her film would win the Horizontes Award. The award eventually went to ‘Rara,’ of Chilean filmmaker Pepa San Martin; but the Quito director leaves Spain with a special mention of the jury, composed of Spanish actress Inma Cuesta, Argentine filmmaker Andres Di Tella and the programmer of the Sundance Film Festival, Shari Frilot, which is, in her opinion, “one of the most important recognitions that ‘Alba,’ has received so far.”

“Theaters were full during the exhibitions and the audience was very excited. For this reason, such mention, more than an impulse, is a door that opens to expand the distribution possibilities and to attend more festivals,” says the director to daily El Universo. In fact, in France they are about to conclude negotiations so that the film, which tells the story of a 11 year old girl forced by the circumstances to face an almost unbearable existence at the dawn of adolescence, is exhibited in a circuit of independent theaters; and they have begun talks in Germany. In Ecuador, the film will be premiered in late October and then it will arrive to Peru.