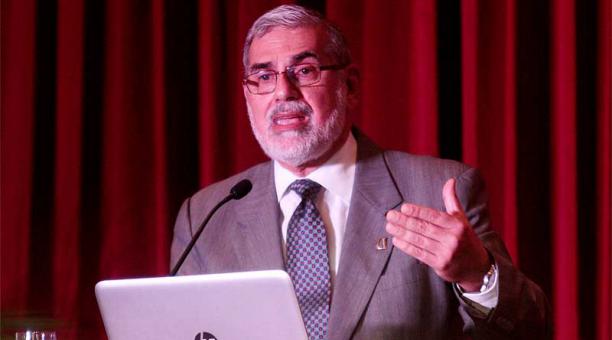 If the new government does not make a political turnaround to avoid a system collapse would mean “a time bomb,” said former Vice President Alberto Dahik. This by insisting on his criticism of measures such as the creation of electronic money he considers would leave the Central Bank of Ecuador (BCE for its Spanish acronym) “without a real monetary support.”

He also highlighted the letter that the Association of Private Banks (Asobanca) sent to the BCE requesting explanations on the situation of the financial system. “The banks themselves … publicly expressed concern that not even the bank reserve is covered. This was the obligation the Central Bank had when the country dollarized,” Dahik said in the program Contacto Directo broadcast by Ecuavisa.

He contended that the BCE produced the second bank holiday, asserting that “it has taken more than $ 8 billion that belong to the depositors,” including local governments and banks.

In his analysis, he quoted columnist Francisco Swett: “the Central Bank is the only agency that can create banking panic in Ecuador” for “the irresponsible behavior officially programmed between the legislative ministry and the Government, combining laws to undo the limitations of dollarization in Ecuador.”