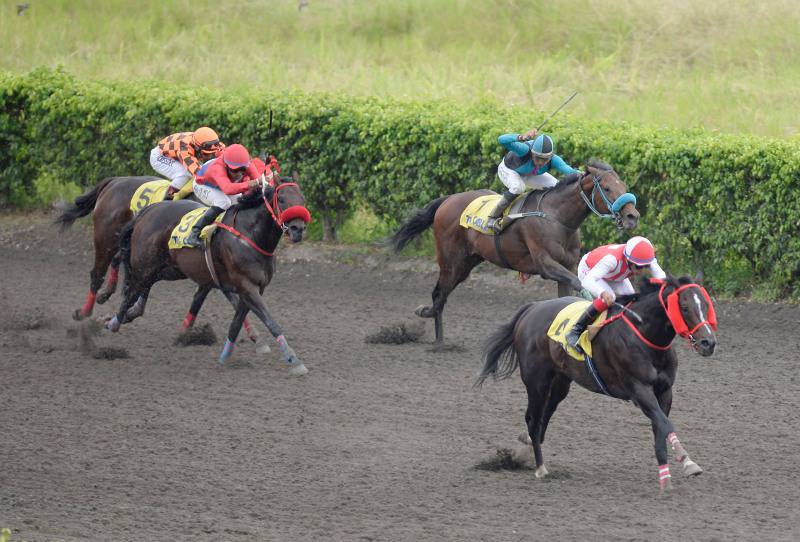 The exemplary Alcindoro showed that he is at his best and last Sunday he won again to keep his undefeated race track Miguel Salem Dibo.

This time the American won the classic that was run at 1,500 meters.

From the sound of the bells, the pensioner of Alvaro Noboa’s stud went out to break through his adversaries, followed closely by Monopoly who together with Toddler sought to harass the pointer, while Argenis and Cariñosito closed the troop.

For the first 400 meters, Monopoly snatched the point from Alcindoro, while Toddler and Argenis looked for their best opportunity to run over, but Monopoly was only for the moment enjoying the lead, because Alcindoro returned to the post before the final corner.

Thus, the American son of Islan found no more adversaries, and on the straight only had to breathe a bit to get more than three bodies to Toddler and Monopoly, who threatened weakly in the center of the track. At the end the audience stood up to watch Alcindoro triumphant, who came back with 4 bodies beating Toddler.

Alcindoro, American horse also with campaign in the south of the continent, has overcome all the inconveniences, is dazzling in the local equestrian, and after a successful debut, managed to keep his undefeated to the satisfaction of his stable.

Meanwhile, in the sixth competition, the American Winner was victorious at 1,400 meters, standing out with a record of 1m25s4q.

The unit was led by José Reyes and outdistanced his opponents El Maguito and Primo Roberto, who got tired of following him.

In the special test of nationals, the Coincident foal won the 1,100 meters, marking 1m09s1q.

At the samborondeño racetrack, a tribute was paid to Mario Moncayo Merino, who was president of the Association of Owners and Breeders of Horses, and once the Classic was over, the families of the equestrian and leader of Barcelona S.C. They handed a trophy to the winning block amid applause.

The winners were Francachela, in the first; Prima Donna, in the second; Kingdom Road, in the third; Night of Luna, in the fifth; and Gametracker, in the final.

8 races were played at the Samborondón racecourse. (D)