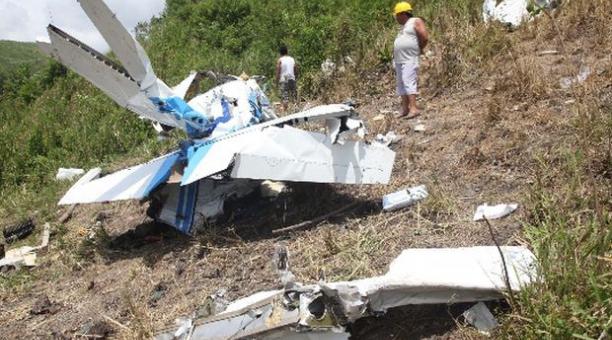 The Public Prosecutions of Guayas reported Wednesday on the detention of Gabriela P., who allegedly committed the offense of money laundering. She is linked to the case of the fall of an airplane in May 2012 in Pedernales (Manabí), and in which 1’345.400 dollars were found.

Criminal Judge of Guayas Leonel Ronquillo, Wednesday ordered the preventive detention of the woman, who was arrested in Samborondón (Guayas). “She is investigated for having above two million dollars of doubtful origin in her account,” the prosecution said in a statement.

On May 13, 2012, a small plane whose two occupants died (Santiago Alfonso Lopez Monzon, 22, and Cruz Alfredo Solis Lopez, 36), crashed in the area of Loma de la Muerte, in the community of Taiche in the Coaque site, about 26 kilometers southeast of Pedernales.

“The two had criminal records, the first for illegal possession of arms and the second for kidnapping,” recalled the prosecution.

On that occasion, the authorities indicated that the ship and the money would be used for allegedly illegal activities such as money laundering or drug purchase.

Ecuador dismantles network dedicated to the trafficking of foreigners

96 destroyed buildings during the earthquake are investigated