Allegedly Members of ETA are Wanted in France 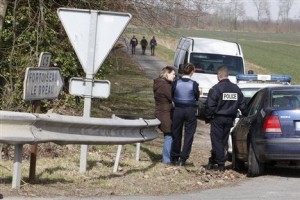 Two allegedly members of the Basque terrorist group, ETA are still wanted on France, after escaping a customs control on Thursday in a toll at the East of France.

The customs agents wanted the two men after not stopping in the toll of Gye. The terrorist abandoned the car on highway A31, and disappeared into the woods.  A serious search operative has begun; this includes a helicopter, tracking dogs, and several policemen patrols along with the customs agents. However the search has not found anything.

The source that made the statement informed the confiscation of a hard drive whose information says that the two men are members of the ETA.