The dialogues between the CNE and the TCE bear their first fruits to overcome the problem of the banana businessman’s candidacy for the Presidency. 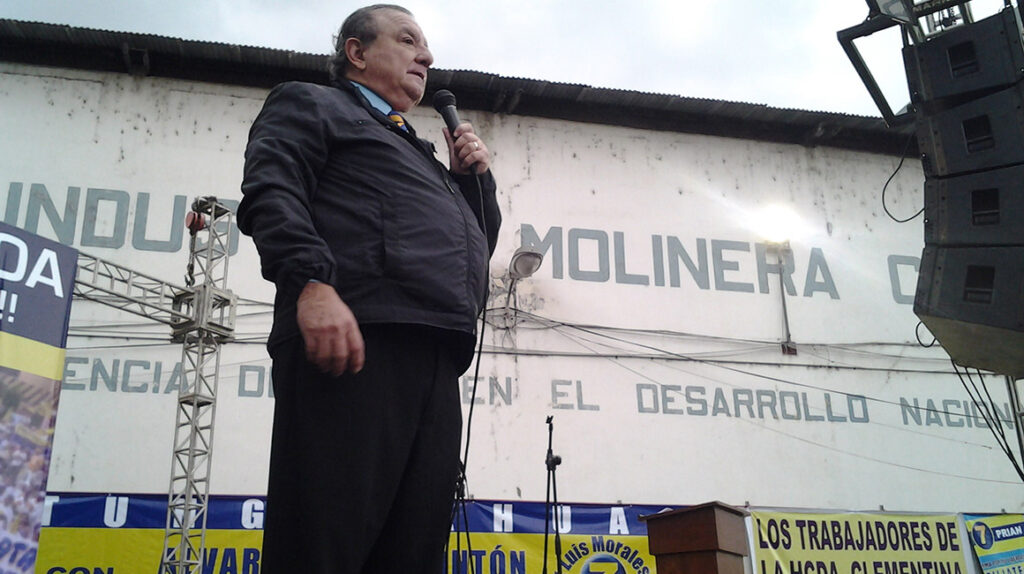 The CNE will have to analyze the individual case of Noboa in these days. The latest decision of the Contentious Electoral Tribunal (TCE) gives signs that there is a way out of the entanglement around a possible presidential candidacy of Álvaro Noboa, by the Social Justice movement. Days after the meeting between the heads of the TCE and the National Electoral Council (CNE), a ruling by the TCE shows that the dialogues worked, and this institution gave in to something that the CNE was putting pressure on. The problem arose because of what Social Justice can or cannot do now.

The movement was eliminated by the CNE, but the TCE brought it back to life. After a series of decisions and reviews between the two institutions, there was no agreement on where the political movement could nominate new candidates.

In the midst of this mess, Social Justice announced Álvaro Noboa as its candidate. Since then, the focus has been on whether or not he will be able to run for the sixth time as a candidate for the Presidency.

But the decision has not yet been made, and it will depend on the analysis of the CNE. Primary only where there was no Social Justice movement was one of those indicated – along with the correista Fuerza Compromiso Social and two other political stores – by the Comptroller’s Office for alleged irregularities in its registration process.

But, although he was at risk of disappearing permanently, he was able to carry out his internal democracy processes in August to appoint his candidates. Precisely on that basis, the latest ruling of the ECA says that Social Justice will only be able to select new candidates where it did not.

This is done under the reasoning that no other political organization has been able to hold primaries on more than one occasion. According to information from the CNE, Social Justice requested technical support to hold primaries in the following constituencies: This already represents a first possible problem for Noboa’s candidacy, since he was not appointed in a process of internal democracy.

The candidate originally selected by Social Justice was Fabricio Correa, the brother of former President Rafael Correa. But, the political movement will not be able to carry out a new primary process to choose a new presidential candidate, according to the new ruling. In addition, despite the fact that it was eliminated, the electoral delegations did receive Social Justice applications.

They even qualified candidates in seven provinces. Noboa’s papers are already in the CNE Despite all this, the CNE has already received Noboa’s registration as the presidential candidate for Social Justice.

The documents were delivered virtually, with the username and password that the CNE gave to the political organizations. Registration form for Álvaro Noboa as a presidential candidate.

Therefore, what is possible is that the CNE enters to analyze your candidacy, whether it qualifies it or not. In this step, you must verify that the application meets all the requirements, including the “very personal” acceptance of the candidacy, as was done with the other candidates – with this argument the CNE rejected Rafael Correa.

Noboa could have problems with that requirement, since he never accepted the candidacy in person, since he was not selected in the primaries. Even so, other candidates have been able to “correct” this problem, such as the case of Carlos Rabascall, who replaced former President Correa in the Centro Democrático team.

Under this logic, Noboa’s candidacy could get to the ballot. But the case may also escalate before the ECA. What is coming: more resources With the rush to start printing the electoral ballots, the CNE must have until this week the complete and definitive list of presidential candidates.

This will be achieved only if the CNE makes the decision on Noboa’s candidacy urgently. But the matter does not end there, because whether the CNE accepts or denies the candidacy of the banana businessman, appeals can be filed against that decision. Political organizations can challenge before a qualification, and the same Social Justice can challenge if they decide to deny the registration of Noboa.

Without Álvaro Noboa, ballots are printed for the elections – Today’s informative forecasts