Alvaro Noboa Comments on the SRI 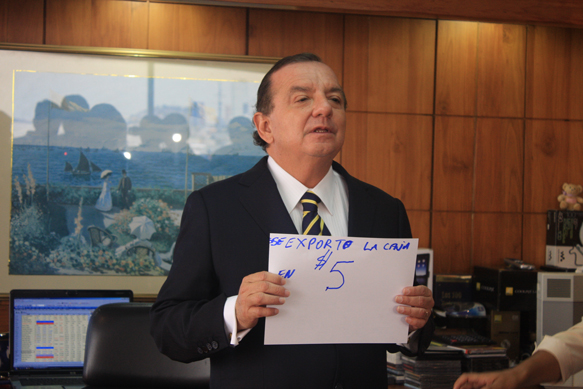 Today at a press conference Alvaro Noboa, President of Exporadora Bananera Noboa (EBN), said the enterprise cannot afford the $ 90 million that the Ecuadorian IRS is requiring them. The gloss imposed by the IRS corresponds to the year 2005.

“In 2005 we exported in about $ 5 each banana crate. According to the gloss provided by the IRS we sold the crate in more than $ 5 at that time. Besides that, they pay no attention to the expenses corresponding to staff, internal transportation, and the costs to export,” he said.

The entrepreneur indicated that Bananera Noboa would break if they pay the unfairly required amount.EBN President justified his rejection to the value imposed in the gloss explaining that “the company’s capital is less than five million dollars”.

Noboa said he does not agree that Bananera Noboa intends to be charged 360 times more taxes than their competitors Chiquita, Dole, Del Monte, which are larger companies that have been charged $ 250,000.

Noboa indicated that their competitors do not have to pay more than the price they have been charged, but he stressed that what is happening to his company responds to a political persecution and that this situation will not only affect Bananera Noboa, who has over 50 years in operation , but also hundreds of thousands of Ecuadoreans who work there.

Entrepreneur Noboa, who has already been two years in legal actions against the IRS, asked to take the case into a court in order to make his statements in a public trial to stop the political persecution against him.

Las Monjas Ave. Bridge Will Not Be Delivered in October