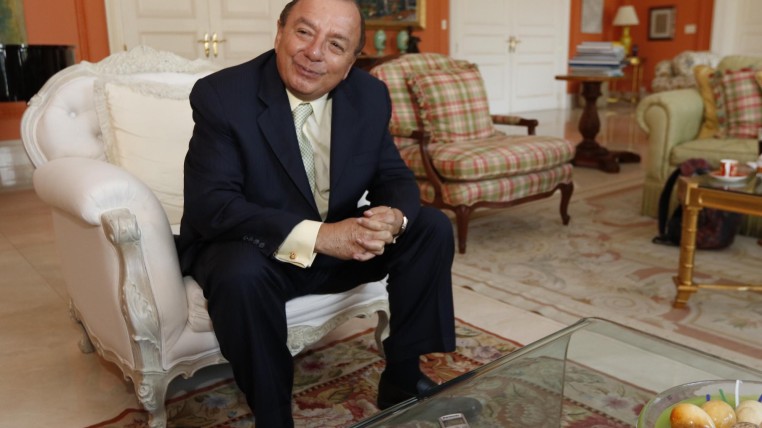 The banana tycoon, Alvaro Noboa, announced his resignation to the nomination for the Presidency of Ecuador on November 10. During a press conference, held in Industrial Molinera, Noboa indicated that his party, Adelante Ecuatoriano Adelante, will not nominate a presidential hopeful.
Noboa clarified that they would seek seats in the National Assembly. According to him, the strength of the opposition is diluted in several political fronts, a reason why, in the case of not reaching an alliance, the opposition would be “playing the game of Mr. Rafael Correa and his binomial (Lenin Moreno and Jorge Glas).”
In this context, he urged Cynthia Viteri, Guillermo Lasso, and Paco Moncayo to “do the same” and to immediately decline their nominations to the Presidency. Noboa’s intention is to make a call upon opposition parties to come together to launch a single candidate, since, according to his figures, those not aligned with the regime would have more than 40% of the intention to vote.

“I think they should put aside their interests and vanities so that the country wins,” said Noboa, explaining that he already held talks with the other presidential candidates to convince them of a new ‘Unity,’ without success. The businessman added that if his plan does not work, his party will not launch other presidential hopeful. However, he did not clarify whether or not his party would support candidates from other ideologies. The names of the candidates for the Assembly will be announced after the party’s national convention.