According to his surveys, the businessman ranks first in Ecuador’s intention to vote with 50%. 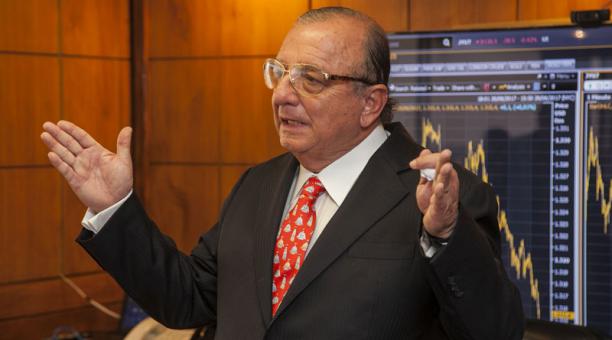 The businessman and former presidential candidate, Álvaro Noboa, announced that on July 28 he will announce his decision to accept or not the candidacy for the presidency of the Republic. In 2019, Noboa indicated that he would not participate in the race to reach Carondelet due to his eagerness to found a country called ” America” , which would consolidate all the nations of the continent in a single state.

The representative of ” Adelante Ecuatoriano Adelante ” has published surveys on his social networks, in which he is in first position with 50% of the intention to vote, above virtual candidates such as Otto Sonnenholzner or Andrés Páez.

On July 4 , her son, Juan Sebastián Noboa published a message which he called ” I stay with Alvarito .” The emotional letter made the name of the businessman and former presidential candidate ring again.

In the same way, Álvaro Noboa pointed out in an interview that the decision to be a candidate passes more through citizenship than through himself.

In addition, he explained that he needs 3 “things” to be able to govern Ecuador: “that the Ecuadorian people, standing and together, destroy the corrupt electoral system that has prevailed in this country in the last 30 years; that the people support to put prisoners of the corrupt in the country; that the people denounce and collaborate to put the country’s traffickers in jail. I alone cannot destroy those three forces ”, he indicated.

For Noboa, the people have the capacity to fulfill their request by going out onto the streets: “Two million in Quito, two million in Guayaquil and millions in all the provinces. There will be no police, military, gangster or trafficker who can confront them. “

Noboa repeatedly lost the elections as President of the Republic. The businessman claimed to have been a victim of electoral fraud in 1998 and 2006 . His “Adelante Ecuatoriano Adelante” party is appealing the decision of the National Electoral Council that decided to disqualify him from the Register of Political Organizations. (GO)

Galapagos reopens sites for visits; What about commercial flights?