Clementina is the biggest farm in Ecuador and the world. 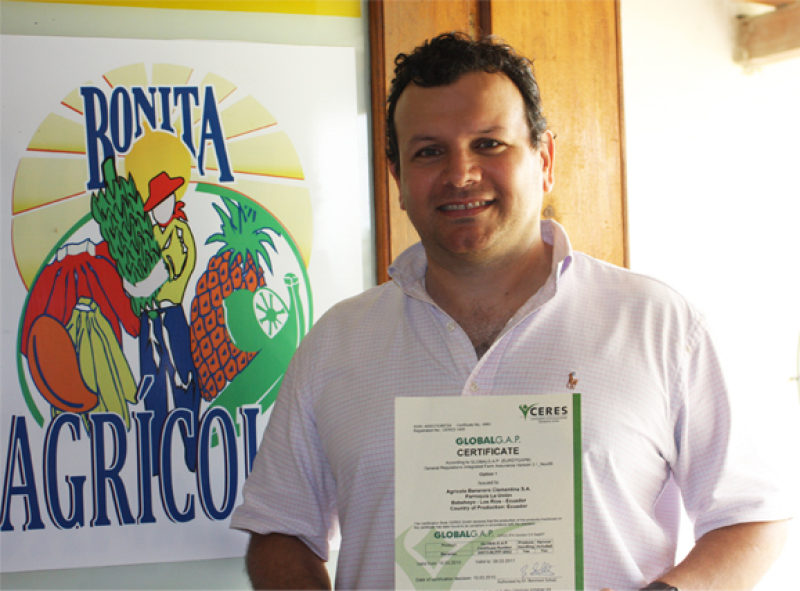 Global G.A.P began in 1997 as an initiative of British retailers in conjunction with supermarkets in Continental Europe. The challenge of globalizing markets is nowhere greater than in the primary food sector. GLOBALG.A.P (formerly known as EUREPG.A.P) has established itself as a key reference for Good Agricultural Practices (G.A.P.) in the global market place.

“These are procedures the international supermarkets require to ensure the quality of our products,” said Bernardo Manzano, General Manager of Clementina Estate. “We work according to international standards, we worry not only about quality but also employee’s well being, environment and any other issue regarding banana industry,” he added.

To accomplish all the requirements for the GLOBAL G.A.P. certification, it was necessary to make improvements in the infrastructures and design of the packing area, a security fence was also installed to avoid animals’ entrance; 1,800 (approximate number of employees currently working in Clementina) workers were trained as well.

In Ecuador, there are more than 40 banana exporters. International enterprises Dole, Chiquita, Del Monte are the most relevant; Bonita, Alvaro Noboa Group brand, follows in the share of market lead. 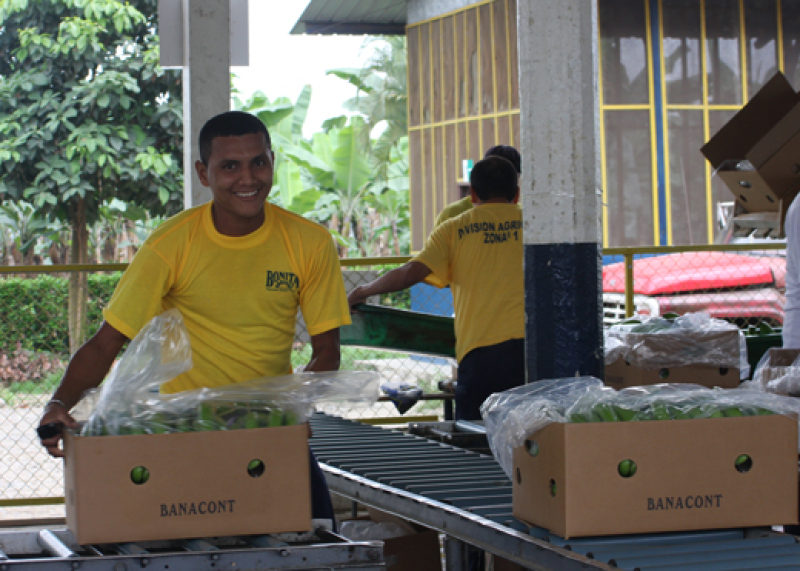 “Clementina is the biggest farm of Ecuador and the world that’s been certified as a single block, we’re talking about 2,500 banana hectares. 11,000 hectares is the total size of the estate and it also has a 2,200 hectares forest reserve, we have kept these lands virgin to conserve biodiversity” said Manzano, who studied Agronomy Engineering in Zamorano University (Honduras).

The Clementina Estate, which is located in La Union parish in Babahoyo city, Los Ríos province; has an employee syndicate and an enterprise committee “Fortunately we get along pretty well and we could work with them during the GLOBAL G.A.P. certification process,” said the General Manager.

Manzano informed Clementina was the first to obtain the certificate due to its volume and complexity. San Fermín and Agrosabana farms were also certified less than a month ago while Álamos, Julia and Martinica farms are still in the certification process.

At the end of the year, all the Alvaro Noboa farms will have the GLOBAL G.A.P. certification. CERES, German certifying company, performs audits every year “A foreign inspector comes every year, in our case Bernard Schultz or any of his co-workers comes to evaluate our procedures and make sure we’re working according to international standards,” said Manzano.

“First, there’s a preliminary audit and according to its results, we elaborate a budget; we have invested $360,000 in the adaptation of Clementina to meet the standards,” commented Manzano about the certification process. 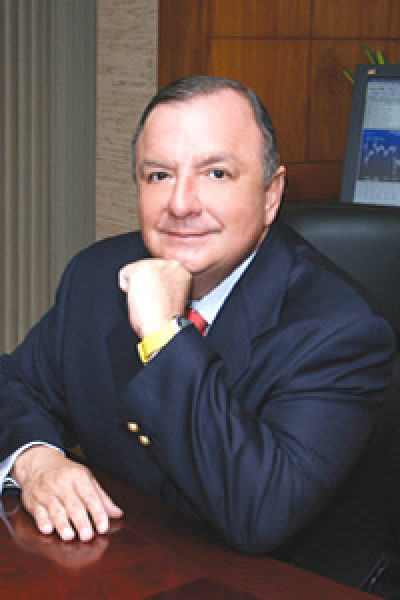 Successful entrepreneur Alvaro Noboa is known for helping his workers, that’s why they trust him “We’ve had excellent work relationships for nearly 50 years,” said Manzano. “Mister Noboa has always treated well his employees, they have a medical center, we have agreements with hospitals in Babahoyo for emergency cases. All workers have social security and all the benefits stated by law. We have also helped them with housing plans, we’re working in a project with Banco Ecuatoriano de la Vivienda (Housing Ecuadorian Bank) to create a neighborhood in La Unión; we’ve given houses to employees, bought grounds and even construction materials for them,” he added.

Approximately 500 grounds have been delivered to workers and 100 to 200 houses are under construction at the moment, Housing Ministry (MIDUVI) helped in the process as well. “We want to build more houses next year and hope to help more than 50% of employees, so they can be house owners,” affirmed Manzano, who also assures that every employee counts with the support of Alvaro Noboa’s company.

Clementina’s Production Manager emphasized that due to the quantity of employees, the estate represents 90% of La Unión’s economy and 20% of Babahoyo’s “Ten years ago, La Union was only a village, if Clementina decided to close…La Unión would disappear.”

Clementina is currently in the teak forests, livestock, lemon and banana (mostly) production, trials of coffee are also being conducted.