Sylka Sánchez, representative of businessman Álvaro Noboa , appeared on Tuesday morning at the Prosecutor’s Office to give her version of the complaint they filed against four councilors of the National Electoral Council (CNE). 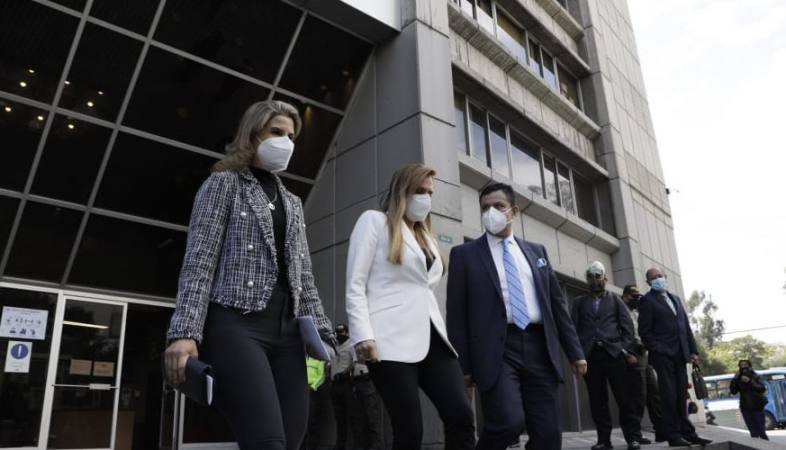 That complaint is in a preliminary investigation to investigate the facts, Sánchez said outside the Prosecutor’s Office.

In a first instance ruling, earlier this month, the Judge of the Contentious Electoral Tribunal (TCE), Ángel Torres, applied the maximum sanction, with dismissal and a fine to four of the five directors: Diana Atamaint, José Cabrera, Enrique Pita and Luis Verdesoto.

According to Noboa’s defense, the crime they want to be investigated is for breach of the legitimate decision of a competent judge.

The banana businessman, who intends to participate in the electoral contest sponsored by Social Justice, initiated a process against the councilors for refusing to register his candidacy after a ruling by the Contentious Electoral Tribunal.

Noboa’s lawyers have interpreted that the TCE ruling as the way to write Noboa’s candidacy. That, according to them, has not been complied with by the CNE.

Sánchez questioned that the Government has not enforced the provisions, despite the fact that international organizations have given a favorable pronouncement to Noboa’s claim.

The banana businessman, who was not included in the ballot that was sent to print, declared himself on the campaign trail. He even recorded a video that circulates on social networks in which he is on a lectern answering questions before a journalist.

On another topic, Syka Sánchez confirmed that Jimmy Salazar, leader of Social Justice, is participating as a candidate for assembly in Esmeraldas. He said that was the result of the primaries they held in August. Sánchez said that it was only in November that they had contact with them.