Álvaro Noboa’s party, among the 47 groups to which the TCE decided to reintegrate into political life

The 47 political organizations that were removed from the Electoral Registry of Political Organizations of the National Electoral Council (CNE) must be reinstated. This according to a judgment of the Contentious Electoral Tribunal (TCE) approved by four judges, and the concurring vote of Judge Ángel Torres Maldonado, upon hearing an appeal raised by two groups, to whom the CNE eliminated its legal status on October 31. 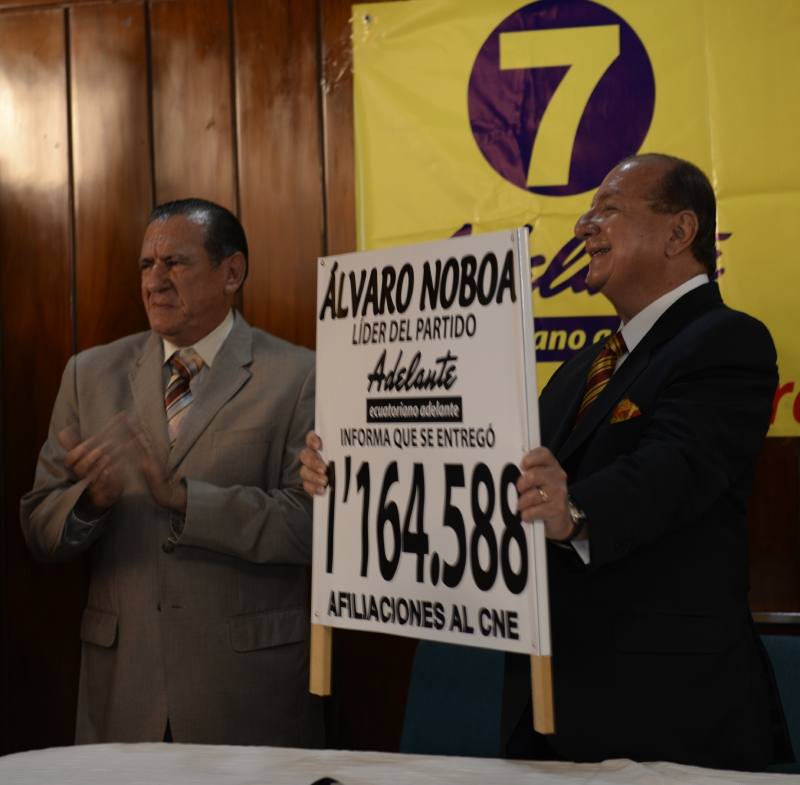 Álvaro Noboa’s party, among the 47 groups to which the TCE decided to reintegrate into political life

The CNE decision was approved with the vote of the three majority directors Diana Atamaint, José Cabrera and Esthela Acero; and the abstention of Luis Verdesoto and Enrique Pita.

The CNE file indicated that the 47 organizations were involved in the grounds of article 327 of the Code of Democracy for not having obtained 4% of valid votes in two national multi-person elections, or three representatives in the Assembly, 8% of mayors, or 1 councilor in 10% of the cantons.

The CNE eliminated the legal status of 47 political groups, including the Adelante Ecuatoriano Adelante national party of the businessman Álvaro Noboa, and other locals.

The TCE declared this resolution null after an appeal by the Renacer Peninsular, César Pinoargote, and Emerging Transparency and Action movements of the politician Alfonso Harb. In his sentence he drew attention to the CNE for “lacking in motivation”, because it only “reproduces and approves a report and does not develop any additional connection on the facts.” The Council “errs in doing a group analysis undermining the possibility of presenting individualized discharges,” he says.

Thus he ordered them to “start” the process according to the new rules of their sentence, which will apply to some 270 registered political organizations. The process indicates that the elimination proceeds when the political movement does not now obtain 3% of votes in each of two national pluripersonal elections in a row.

When not applying for candidates of popular election at the respective government level, the evaluation will be assigned as a result of obtaining valid votes 0%; When he does not apply for candidates in a comparable electoral process and in the other comparable process, if he participates and obtains the threshold provided by law, he does not incur a cause for cancellation.

The president of the CNE, Diana Atamaint, acknowledged that the ECA left the actions of them unsubstantiated, and will proceed to notify the political organizations with the new provisions. The vice president of the agency, Enrique Pita, in a statement recalled that it was requested that the organizations “cancellation regulations” be reviewed; and with this sentence “they give us the reason and declare null and void what was resolved by the majority councilors.”

Sentenced for sexual abuse will not work with children