The raw material made with plants and seeds is of interest to the European market, so a project with communities is underway.

Organic products from plants and seeds from the Ecuadorian Amazon have attracted the attention of the cosmetic industry, which is why a project will be carried out with young high school graduates to develop projects related to this topic.

The executive director of the Ecuadorian Association of Cosmetics, Hygiene and Absorbent Products (Procosméticos), María Fernanda León, traveled to the Aguarico canton, province of Orellana, within the framework of the project that will be developed together with the Ministry of Education and the Salesiana University so that high school graduates learn how to extract essential oils from plants and seeds, as raw material for export to Europe to produce organic cosmetic products.

“The idea is that the bachilleres of the New Rocafuerte parish learn to create their businesses, to develop their community supply chains for the industry,” said the businesswoman, noting that the European market, with which there is a commercial agreement, seeks currently organic cosmetics and that are part of projects of social responsibility and ethics. 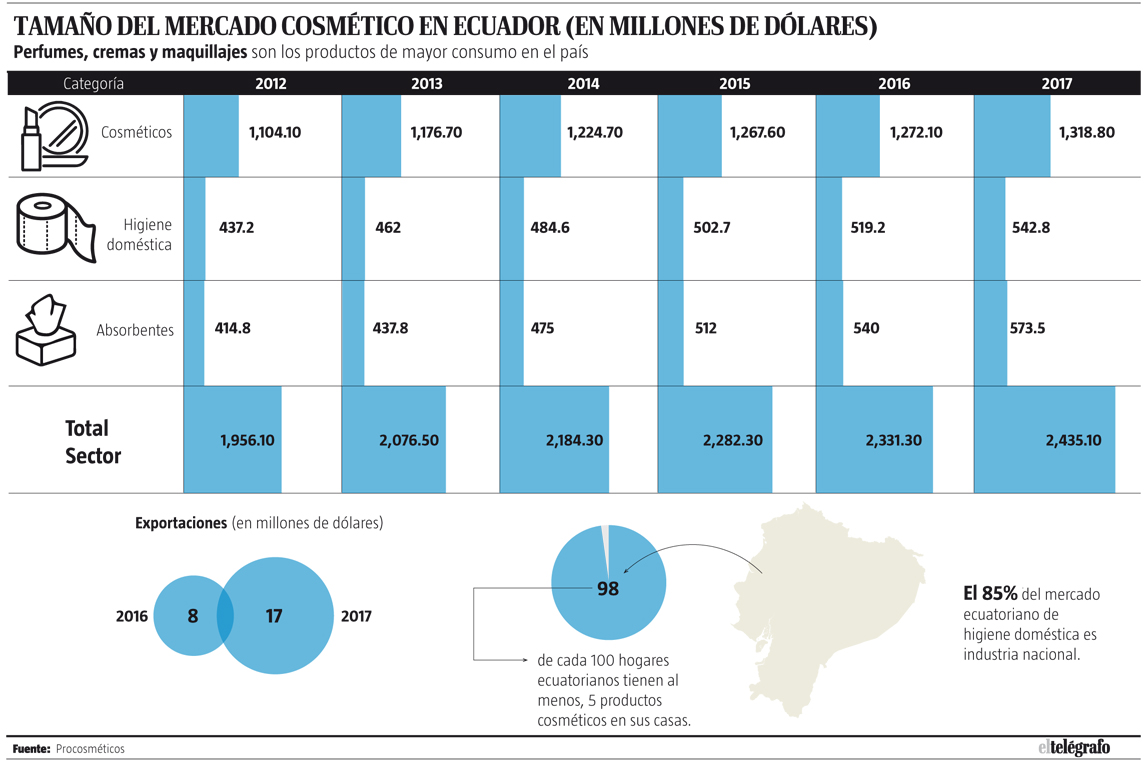 However, he questioned that until the previous year they had safeguards of up to 45% in the main inputs of the national industry and emphasized that there are still raw materials that must pay high tariffs.

“It is more profitable to import than to produce. Producing in Ecuador is expensive and we have technical regulations that bureaucratize the process of registering a product, “lashed the businesswoman.

For this reason, Leon considers that a selective substitution of imports by competitive national products should not be applied in the country, since specialized make-up and imported dermocosmetics are expensive to produce internally. (I)