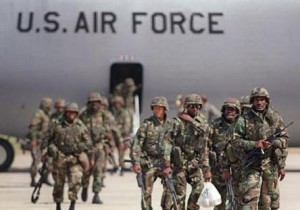 The Foreign Ministry claimed that this week the military group of the Embassy of the United States (U.S.) will withdraw from Ecuador.

The Deputy Minister Leonardo Arízaga and the Assistant Secretary of State, Alex Lee, were responsible for addressing the issue last March 28 at a meeting in Quito.  So far, the withdrawal of the military personnel group has been made in a gradual and orderly manner, according to the Foreign Ministry.

In a statement, the entity reported that the decision taken by the National Government was `the result of a detailed analysis of the presence of members of the military group in Ecuador, a study that began in January of this year and was notified in advance ´.

The military group formed in the capital a permanent representation of the Southern Command of the U.S. Department of Defense since 1974.