This weekend, a juvenile Andean bear (Tremarctos ornatus) of 2 years and 7 months was released to its natural habitat in the Cayambe Coca National Park. The animal was found when it was a three-month-old bear cub, in the province of Sucumbíos. 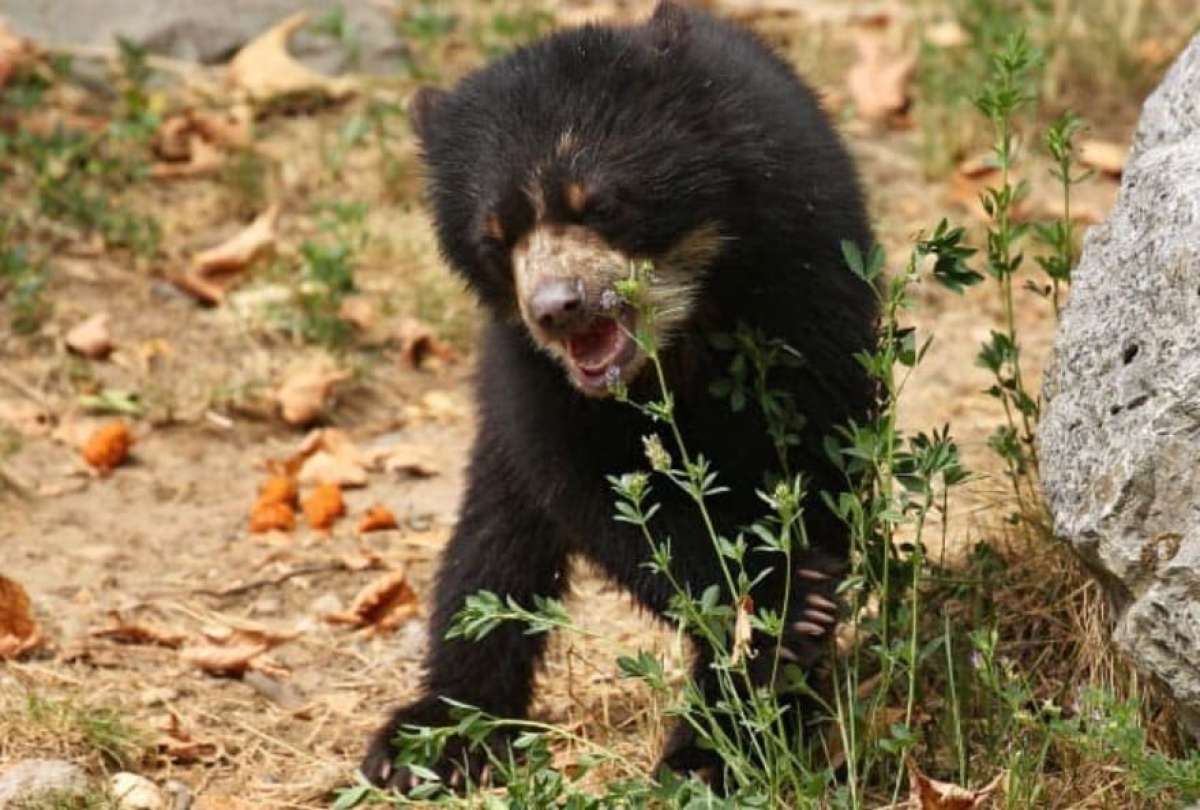 This animal, named “Lumbaqui”, was separated from its mother by peasants from the sector, however, personnel from the Ministry of the Environment together with the Environmental Police Unit rescued it and transferred it to the Ilitío Center.

In that place he remained for two years under strict technical protocols for wildlife management and has successfully prepared him for his return to his respective home. In addition, this specimen received continuous veterinary medical monitoring by specialists in wildlife, which included laboratory tests that guaranteed its good health and underwent corrective surgery for a congenital defect.

In the recovery and adaptation season, the bear demonstrated high intelligence and highly developed innate abilities captured on video by the center’s monitoring system. Now, being in good health, the specialists considered that Lumbaqui developed skills and behaviors necessary to survive in the natural environment as an ideal candidate for his return to freedom in the wild.

In this regard, José Dávalos, Vice Minister of the Environment, pointed out that “with each release in which we are part, it represents another achievement for conservation. We are aware that with these actions our natural heritage is once again keeping its harmony and balance.

While Sebastián Kohn, president and researcher of the Fundación Cóndor Andino, mentioned that the work we do, such as conservation in the field, is of great importance. “We fight for good wildlife management, and in the case of this release we feel proud to have carried it out, after a significant effort and funding.”

This activity had the support of Fundación Cóndor Andino, Guayllabamba Zoo, members of the Environmental Police Unit and as a witness of honor the Ministry of the Environment, Water and Ecological Transition. In addition, it had the participation of the Prefecture of Pichincha and Big Mammals Conservation.