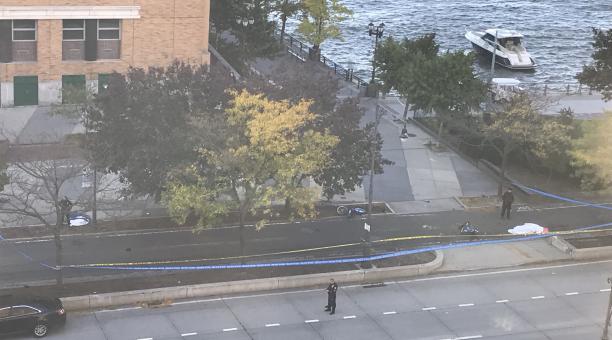 “As I finished my class and I prepared to take my break, I got an alert on my cell phone that police was seeking assistance, right in the direction (Chambers Street & Westside Highway) where I work. As I approached the window I saw the police covering two bodies and I realized it was a tragedy. I could not leave immediately because the university closed the doors to facilitate the NYC Police investigation,” says the Ecuadorian.

“Most people around are students who attend the University of Manhattan (Borough of Manhattan Community College) and also in this sector, there are primary and high schools, so it is common to see parents drop their children at school. Also, today is Halloween, you can see children collecting sweets,” he says.

Eight people were killed in an attack by a vehicle against passers-by and cyclists in New York City. (I)

Appeal against appointment of the vice president is rejected

Ecuadorian platform GoRaymi will be in Dubai