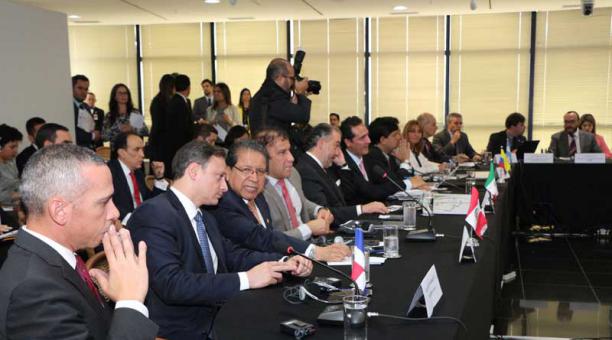 The Ecuadorian Prosecutor’s Office identified the Klienfeld Consulting Corp as the company responsible for transferring bribes paid by the Odebrecht. This offshore company, based in Panama and represented by Mossack Fonseca, is owned by RicardoTrombeta, one of the informers of the Lava Jato case.
But bribes paid to Latin American officials were also made through two other offshore companies based in Antigua and Barbuda. These companies are Constructora Internacional del Sur and Consorcio Iirsa Norte. Those names appear in the file opened by the Paraná Prosecutor’s Office (Brazil) after the Lava Jato operation. 77 executives of Odebrecht are investigated in that city.

Constructora Internacional del Sur was registered with the Corporate Registry of Panama in October 2006 with a shared capital of USD 10,000 and operated until August 18, 2014, when it was dissolved. His initial resident agent was PMC International Legal Services, part of the law firm of Ernesto Chong de León. Three years later, during the government of Ricardo Martinelli, on July 21, 2009, agent Patton, Moreno & Asvat, whose agent was Francisco Martinelli, cousin of the former president, was appointed at a shareholders’ meeting.

The investigations indicate that this construction company was an intermediary that served to the executives of Odebrecht and Petrobras as a bridge to transfer resources to politicians of Ecuador, Peru, and Panama.