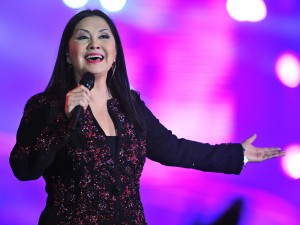 Mexican singer-songwriter Ana Gabriel, is visiting Ecuador to offer two concerts in Guayaquil and Quito with the repertoire of her best songs.

Known as the Diva of America, she gave a press conference in which she said that on February 28 she will start her tour “Por ti para siempre” (For you forever) in Puerto Rico to then continue in other cities in the US.

“The public is the one that led the new generations. I am updating some themes,” she said to the media.

With over 4 decades on stage and more than 50 million albums sold, she announced she´s working on two new productions, one in pop syle and the other in Mexican regional style.

Esteban Paz: ‘Those involved in the Ecuafutbol case must resign’