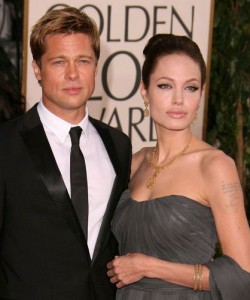 The most famous Hollywood couple, take for granted their imminent wedding

In an interview with the French newspaper `Le Parisien´, Today, the Hollywood actress, Angelina Jolie, confirmed that she will marry Brad Pitt, something that revives rumors of a possible wedding in the couple’s home in the south of France. `Yes, we’re getting married, it is expected,´ the actress said to the newspaper.

`We are engaged, but it is a project in which we think, ‘ said Jolie, who spends much time with her family in the south of that country, where she is dedicated to the production of rosé.