“Angeluz,” the work of Carlos Mendoza 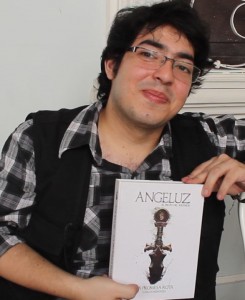 Kairos, an introverted young university student and who is bullied, one day receives the proposal of a man dressed in white, to go to another world. This is the plot of Angeluz The Covenant of the Solitary, a story that the Guayaquil writer Carlos Mendoza had thought for some years and had failed to crystallize.

“I determined that my story would be complex, that catches the reader,” says Mendoza, who loves Japanese cartoons since childhood, so he became interested in utopic stories.

Mendoza also has a drawing talent, so in 2012 he began his studies at the School of Comic and there he had the opportunity to develop his story. “When I was there I realized I wanted to be a writer, so I decided to make Angeluz an illustrated novel, the same I presented as a thesis to graduate,” he said. 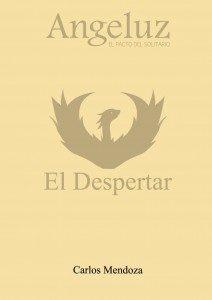 “I started working the first draft, more ideas emerged but I decided I wouldn´t work in different stories, so I decided to put them together and make one.”

In 2013 Mendoza decides to publish his novel with his own resources, which became the first illustrated novel of Mono Comics, an independent publishing house created by the teaching staff of the School of Comic, of which he is part as a writer and editor. 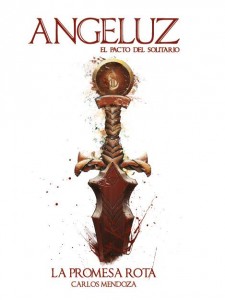 Angeluz The Awakening, had a great welcome, motivating its writer to continue with a second part he called The broken promise, which was published in 2014.

“I like the second book because it has a more realistic touch of the characters, in the first book they escape from reality, and in the second one they stumble upon a city wall, there are stronger characters,” he said.

Currently, Mendoza is writting the third book of the series he confirmed will be a tetralogy and works in the reissue of the first book, The Awakening. Despite his two books published, he still considers himself an amateur writer, he recognizes his flaws and seeks improve his work. His books can be purchased through the Mono Comics page on Facebook. 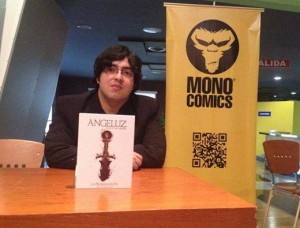