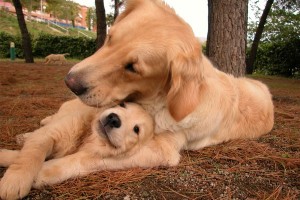 In Ecuador, on October 1, 2015, the proposal of the Organic Law for Animal Welfare (LOBA) was established as part of the Organic Code of Environment (COA). That day, this set of laws was discussed in the first debate in the National Assembly.

According to Peter Bermeo, spokesman for the LOBA, dogs and cats are the group that has more considerations within the proposal, as it ensures “they are the closest to humans.” However, with the inclusion of the LOBA in the COA, some of the proposals were modified.

Proponents of the law have fought for the inclusion of a behavior testing process for dogs considered “dangerous” or “potentially dangerous” – laid down in Section 34 of the LOBA.- This, according to Bermeo, would have served in the case of Atena pitbull who was sacrificed in December 2015, after she killed a minor in February.