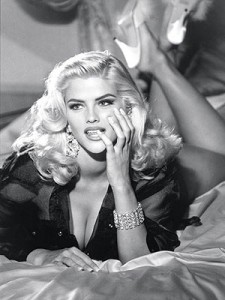 The crazy life of Anna Nicole Smith, who is remembered for her breasts and being a playboy girl in 1992 and 1993, will be presented as an opera at the Royal Opera House London.

Mark-Anthony Turnage, a young musician, is the composer of the score based on the life of Anna Nicole, a story full of sex, drugs and silicone written by librettist Richard Thomas that promises to fill the Covent Garden of a younger audience.

On February 8, 2007, Anna Nicole decided to commit suicide with an overdose of pills. Anna Nicole opera will premiere in the temple of bel canto London in a couple of weeks.