Vans -with its emblematic shoes- opened its first store in Ecuador. He has been in the El Jardín Mall in Quito for two months and among his plans is a second store in Guayaquil in 2022. 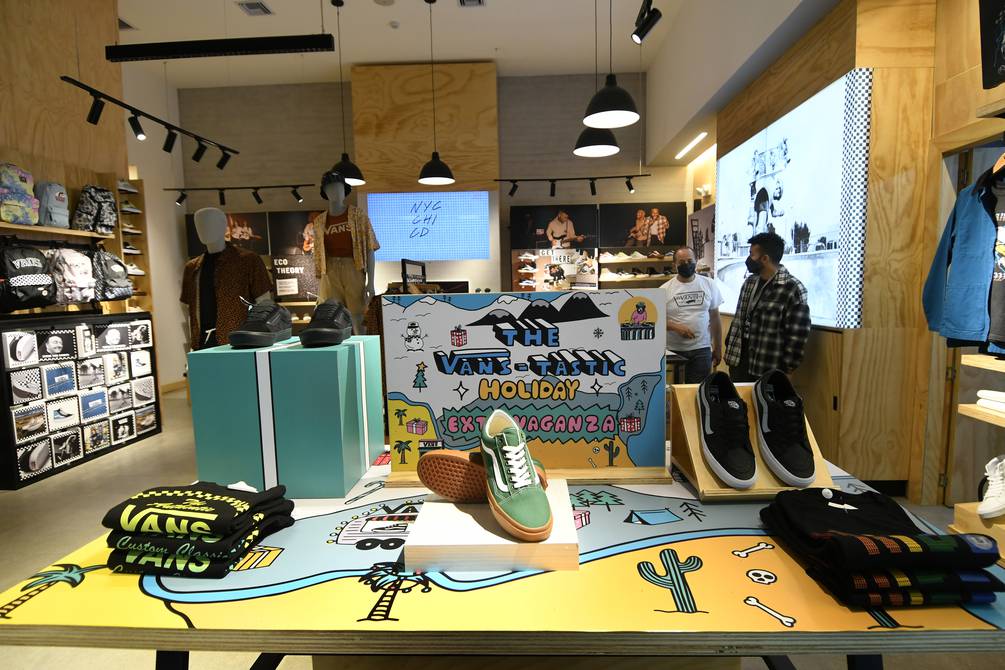 The first Vans brand store opened on October 14, 2021 in the El Jardín shopping center, in Quito.

This opening meant an investment of $ 85,000 and four jobs in the store alone, and in total there are about fourteen people who are behind the operation of this international brand in the country.

Several years ago, its star products, which are shoes, were already introduced in the Ecuadorian market through a third party, a wholesale sub-distributor. Now the representative of the brand entered directly. “At the moment the wholesale distribution is still owned by the sub-distributor that we have, but it simply handles the wholesale issue, the rest we handle directly as a group from the marketing and the official store …”, says Benjamin Tawil, commercial manager of Vans Ecuador.

The opening of this first store was scheduled for 2020, but with the pandemic the plans were delayed. The inauguration was last October 14 on the second floor of Mall El Jardín.

Although the pandemic and confinement altered its direct entry into the country, it also brought something positive mentioned by the brand’s marketing manager, Lucía Batallas: post-pandemic consumption. “Something important about the pandemic effect is that (although) people did not buy for a long time, they also realized the convenience. Being a sports shoe has helped us a lot because people are buying this type of footwear much more”.

And it is that they see, as they have registered national clothing and footwear chains, that “the heels or shoes to go out were left aside and sports shoes are gaining a lot of strength,” adds Batallas. In addition to the Christmas season that drives sales.

Tawil indicates that other points will surely be opened. There is 90% certainty that the second point will be open in Guayaquil next year. From there, depending on how those two stores are doing, it will be analyzed if there is a market for a third or fourth location.

The former offers a full range of its iconic shoes loaded with art, culture, color and design. Vans launched its first model in March 1966. Its spokespersons today highlight its almost 60 years of experience and that it is a brand that represents the individuality of the person, that identifies with music, which is multi-layer, for all types of audiences and All ages.

Its vulcanized sole, canvas and a white wave that Paul Van Doren -Vans founder- drew at random, has been the perfect combination to position itself as one of the favorites among skaters, riders and young people in general, who manifest their creativity and authenticity through these shoes, the brand stands out.

Pictures, colors, symbolic characters like the Simpsons, some from Disney and even musicians like Metallica have been part of the designs of the brand that has a presence in countries such as the United States, Colombia and Panama. In Ecuador, he chose Quito as a starting point to take his creations throughout the country.

The American brand Bath and Body Works also opened its own store in Ecuador last November, is recognized for its personal care products and has establishments in El Salvador, Guatemala, the Dominican Republic and others. Here you have your physical store in the San Marino de Guayaquil.

Victoria’s Secret also prepares its hangers in that same mall. It has had your space since August and its opening was announced for this month, but it has not yet materialized. To his followers on Instagram who ask when they will open, the official account replied last Tuesday: “We will upload all the information on our networks. Make sure to follow us. ” The lingerie firm has a network of more than 30 beauty and accessories stores in countries such as Peru, Colombia, Panama, Costa Rica and others. (I)