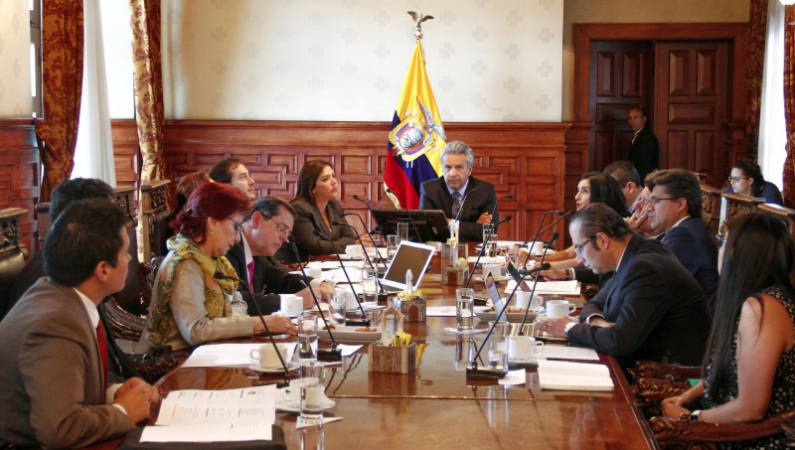 The Anti-Corruption Front of the Executive presented more than a dozen proposals to modify criminal and public procurement rules to fight against corruption. The front concluded yesterday its functions and would be practically “dissolved.”

After five months of work, the nine members commission delivered its report at a meeting with President Lenin Moreno in the Government Palace.

Its recommendations for reform are aimed at standards such as the Integral Organic Criminal Code (COIP for its Spanish acronym), the National Court of Justice, the Citizen Participation and Social Control Council (CPC), the Superintendency of Companies, the Attorney General’s Office, and start a campaign of values education in schools. (I)

Baki still does not take over as ambassador in Qatar