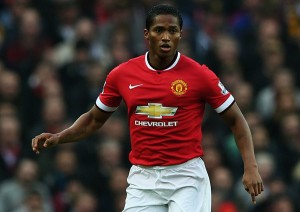 Soccer player Antonio Valencia referred about Luis Chiriboga, president of the Ecuafútbol, in harsh terms. He wrote on his personal Facebook account “Let them investigate him (Chiriboga), who is dirtier than a potato,” and attached a screenshot of a note posted on the website Bendito Futbol entitled “Chiriboga requests to investigate `Toño´ and `Felipao.´”

The note was prepared on the basis of statements by the manager during an interview with Radio La Red. There, the manager states: “We have to analyze because they were not there and the coach will analyze and see if his absence is justified or not and if the selection is key for them or not.”

Felipe Caicedo excused himself from playing the tournament on the grounds that he needed to recover from a lumbar discomfort that afflicts him for so long. Meanwhile, Valencia did not participate because he underwent surgery to remove the nails on his left ankle.