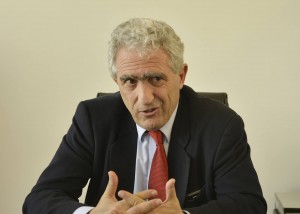 The president of the Ethics and Disciplinary Commission of Alianza PAIS (AP), Carlos Marx Carrasco, issued a press release on Saturday in which he states that the sanction to his peer, legislator Fernando Bustamante, includes the political commitment to assign his position to his alternate in December and the prohibition to make any statement.

In the last two paragraphs of the statement, the former labor minister says that Bustamante has breached these “disrespecting the fundamental value of the word” within the party discipline.

“The Commission will analyze the performance of the Assemblyman and will act according to the internal rules and principles governing our organization,” he said.