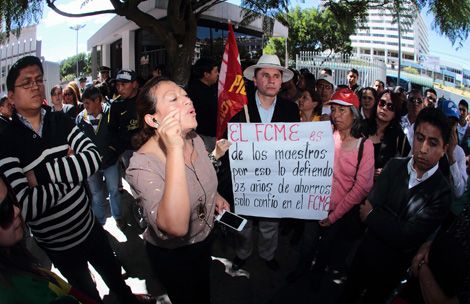 After the block of Alianza PAIS (AP) performed a workshop on the pension funds law last Tuesday, it was resolved to make some modifications and include some content to the report for the second debate of the project that did not feature until last week. The plenary might revisit the issue this week, because it would already exist according to AP.

Fausto Cayambe, AP Coordinator and member of the Commission on Worker Rights, said that it was resolved to include a provision for wether the audits determine lack of resources in the complementary pension funds, managers respond with their own heritage.

Another change would be the classification of the 10 funds (out of 54), which have not received government money and are within the 54 that do not want to be administered by the Bank of the Ecuadorian Institute of Social Security (Biess), must pass to the private financial system or the social and solidarity economy system, by disposition of the Monetary and Financial Organic Code.