Apple launches to market the iPad 4 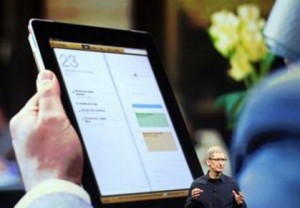 U.S. technology firm Apple will launch an iPad 4 improved tablets to replace the iPad 2 for the same price, informed in a statement.

“Now, for $ 399, customers can get an iPad with a stunning 9.7 inch Retina display with a fast chip A6X and 5 megapixel iSight camera, which offers a dramatic improvement in power, performance and value compared with the iPad 2 that replaces “said Philip Schiller, Apple’s Worldwide Marketing senior vice president, quoted in the statement.

Apple had taken off the market the iPad 4 last year, when it launched its current insignia tablet, the iPad Air.