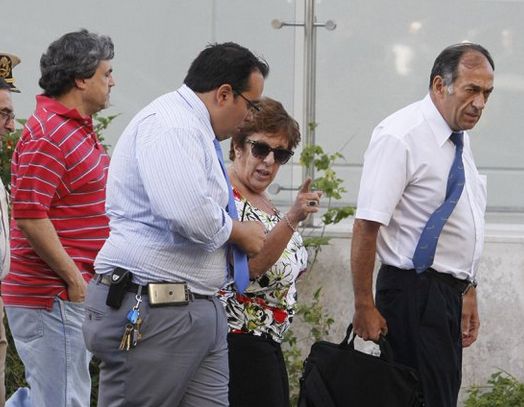 Prosecutor Viviana Fein, who investigates the death of her colleague Alberto Nisman, released more details after the autopsy that reinforce the hypothesis of suicide.

“The gun was leaning on his temple,” she said on Saturday to the news channel TN. Thus, she reaffirmed the initial hypothesis of suicide, although the prosecution investigates it as a “suspicious death.”

Nisman was found dead of a gunshot on Sunday, January 18 at night, hours before being brought before Congress to explain a complaint against Kirchner and Foreign Minister Hector Timerman for allegedly harboring Iranians accused of involvement in an attack on a Jewish center in Buenos Aires in 1994.

Meanwhile, Damian Pachter, the journalist who broke the news of Nisman´s death, arrived yesterday to Israel to take refuge after receiving death threats. “I can not go back to the country, at least until the end of this government,” and said that he was being haunted.

“I will not say anything yet, but I can say that I received a message from the State I understood as a message to me, then I checked it, and in fact, it was so,” said Pachter.